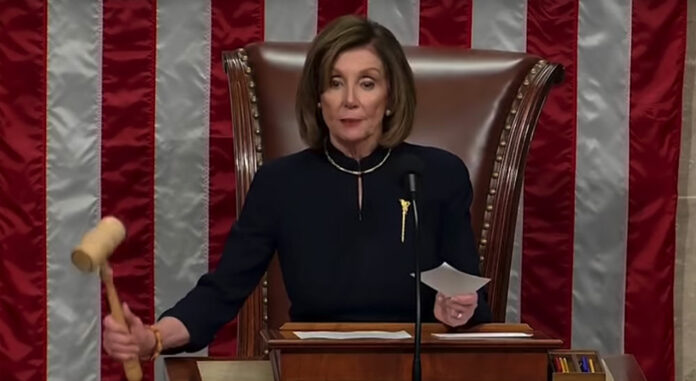 The impeachment of Donald Trump was the biggest political news story since his election. So how did our elite newsrooms do?

I compared impeachment coverage from the New York Times, the Washington Post and the Associated Press on these three criteria.

My conclusion: The Washington Post did the best, the New York Times did the worst (no surprise). The AP was hot and cold.

The Significance of Trump’s Impeachment

Jonathan Lemire’s analysis for the Associated Press was the standout, coming out of the chutes with one of the shortest, bluntest, most powerful political ledes I’ve seen in a while:

The first line of President Donald Trump’s obituary has been written.

His third paragraph marvelously contrasted the historical significance with Trump’s futile attempt to reframe the narrative.

The two articles of impeachment approved along largely partisan lines on Wednesday stand as a constitutional rebuke that will stay with Trump even as he tries to trivialize their meaning and use them to power his reelection bid.

At the Washington Post, Philip Rucker, Felicia Sonmez and Colby Itkowitz did an admirable job in their lead story of emphasizing the gravity of the charges as well as the solemnity of the event:

The House of Representatives voted late Wednesday to impeach President Trump on charges that he abused his office and obstructed Congress, with Democrats declaring him a threat to the nation and branding an indelible mark on the most turbulent presidency of modern times.

They put it in the context of his presidency as a whole:

On Trump’s 1,062nd day in office, Congress brought a momentous reckoning to an unorthodox president who has tested America’s institutions with an array of unrestrained actions, including some that a collection of his own appointees and other government witnesses testified were reckless and endangered national security.

And they recognized the inflection point the vote represents:

Trump’s impeachment by the House will be a defining mark on his legacy. Wednesday’s action cemented on a constitutional level the opposition party’s view that Trump is unfit to serve, elevating the informal resistance to his presidency, which has raged from coast to coast, into the permanent historical record.

But their colleague Dan Balz’s analysis hugely detracted from the Posts’s overall package. Balz used to be the wise man of the Washington press corps, but now he is one of the most jaded.

So he wrote that although Trump’s impeachment was technically historic, “in the annals of Trump’s presidency, Wednesday’s deliberations in the House reflected nothing particularly extraordinary.”

How has this happened? Why is Balz bored? He sort of explained a few paragraphs further down, as he addressed Trump’s six-page lunatic rant (that his colleague Ashley Parker had a day earlier called a sign of Trump’s “resilience”):

[T]hat written record, like much else that emanates from the president in tweets, speeches and other public appearances, was replete with exaggerations, distortions and outright falsehoods. Which is how the extraordinary has become ordinary, if no less an issue of his presidency. However much he has deviated from the truth, he has shown the ability to tell the story the way he wants people to hear it, especially those in his base.

The New York Times’s lead story by Nicholas Fandos and Michael D. Shear called it “a day of constitutional consequence” — but quickly put it in the cliched context of “the deep polarization gripping American politics in the Trump era”.

The vote’s significance is that “it is certain to further aggravate the political and cultural fault lines in the country that Mr. Trump’s presidency has brought into dramatic relief,” they wrote.

This clearly violated NYU journalism professor Jay Rosen’s law of impeachment coverage: “All news articles and ‘analysis’ pieces framed around how divided we are – amid ‘partisan warfare’ and ‘parallel realities’ – should instead focus on the question: how did the Republican Party arrive at this place?”

The article had some strong lines, like the one about how “the impeachment votes in the House put an indelible stain on Mr. Trump’s presidency that cannot be wiped from the public consciousness with a barrage of tweets or an angry tirade in front of thousands of his cheering supporters at a campaign rally.”

But just like the Post has Dan Balz, the Times has Peter Baker, whose analysis was even more world-weary. It was all so predictable, Baker wrote, adding a fillip of false equivalence to boot.

From the day he took office, Mr. Trump made clear that he would not abide by the conventions of the system he inherited. So perhaps it was inevitable that at some point he would go too far for the opposition party, leading to a historic day of debate on the House floor where he was alternately depicted as a constitutional villain or victim.

So the AP wins, Post comes in second, Times is the loser.

The Nature of the Debate

It was regrettably inevitable that none of the mainstream media reports would capture the undeniable bottom line of Wednesday’s floor debate. If you saw any part of it you know that while the Democrats were fundamentally sticking to facts, the Republicans —  who could have argued on the merits, or who could have explained why they simply didn’t care — chose instead to engaged in gaslighting.

So all three outlets failed here. But I’ll grudgingly give the Washington Post the win.

That Post lead story by Philip Rucker, Felicia Sonmez and Colby Itkowitz at first described the debate in terms that screamed of false equivalence:

The intensity and polarization of the debate on the House floor vividly illustrated the extent to which leaders of the two parties now believe entirely different accounts of what occurred and are motivated by different concerns. At times they sounded almost as if they were representing different countries.

Democrats characterized Trump as an immediate threat to the nation he was elected to lead, casting his actions as an unprecedented affront to American values. Republicans denounced those charges as unsubstantiated and the process as illegitimate, repeatedly accusing the Democrats of seeking to illegally overturn the results of the last election.

But later, the reporters offered some observations that broadly hinted at the genuine dynamic:

The Republicans, mostly white men, stood staunchly behind the president and repeated many of his statements vilifying the opposition. The Democrats, notably more diverse in race and gender, uniformly attacked the president’s conduct as an affront to American values.…

Though some Republican lawmakers defended Trump on the substance of the allegations, many spent most of their time airing grievances about the process. They often echoed the rambling, six-page letter Trump issued to Pelosi on Tuesday, and they repeated the president’s claims of personal persecution in sometimes overheated terms.

The Times lead story by Nicholas Fandos and Michael D. Shear reported that “Democrats characterized his impeachment as an urgent action to stop a corrupt president whose misdeeds had unfolded in plain view from damaging the United States any further.”

And the reporters offered some indication of the weakness of the GOP position:

Throughout the inquiry, even as Republicans raged against the process and sought to offer benign explanations for Mr. Trump’s conduct, none disputed the central facts that served as its basis: that he asked Ukraine’s president to “do us a favor” and investigate Mr. Biden, a prospective rival in the 2020 campaign, and other Democrats.

But that didn’t tell readers what they deserved to know. And another Times article — on the atmospherics of the day, by Mark Leibovich and Katie Rogers — after declaring that “the stench of something momentous was hard to miss,” engaged in snarky false equivalence:

Members took turns throughout the morning, giving two-minute statements, variations on things their colleagues on the Judiciary and Intelligence Committees had been saying for weeks. Republicans: Democrats have been determined to impeach this president from Day 1. Democrats: No president is above the law.

Meanwhile over at the Associated Press, Lisa Mascaro and Mary Clare Jalonick did what AP does worst: stenography. The described what both sides said, without any pushback to  even the most ridiculous Republican assertions:

Democrats led Wednesday night’s voting, framed in what many said was their duty to protect the Constitution and uphold the nation’s system of checks and balances. Republicans stood by their party’s leader, who has frequently tested the bounds of civic norms.….

Republicans argued that Democrats were impeaching Trump because they can’t beat him in 2020.

Said Rep. Chris Stewart of Utah: “They want to take away my vote and throw it in the trash.”

So the Post wins, Times comes in second, AP loses.

The Washington Post story about the Trump rally by Josh Dawsey and Ashley Parker included some very sharp observations that were absent elsewhere – although they didn’t start until ten paragraphs in:

The president’s furious visage — red-faced to the shade of burnt sienna, sweat beading on his upper lip — belied the image aides had scrambled to project all week of a leader in high spirits even as he faced a historic low point.

This reminder of Parker’s execrable article a day earlier about Trump’s letter was almost disqualifying:

Even his fiery Tuesday letter to Pelosi proved something of a Rorschach test, eliciting different takeaways depending on the audience.

But extra credit for this paragraph, following up on the faux outrage of two weeks ago:

Trump spent much of his marathon speech zigzagging between impeachment and unrelated topics, punctuating his remarks with more profanity than usual. He offered an extended riff on U.S. pilots being more attractive than “Top Gun” star Tom Cruise, went after Democratic presidential candidate Pete Buttigieg’s difficult-to-pronounce last name and reveled — yet again — in his 2016 victory.

The New York Times article from Michael Crowley, Annie Karni and Maggie Haberman was, unfortunately, another case study in craven, delusional Trump coverage. Under the headline “Trump, Unbowed, Uses Rally to Strike Back Against Impeachment Vote,” they quoted him saying “I don’t know about you, but I’m having a good time,” then wrote:

His rejoinder presented the remarkable image of a combative president standing unbowed before his core supporters even as he became the third in American history to be impeached.

Dear Times reporters: If you’re going to use an adjective to describe the image Trump presented – which is inevitably a judgment call —  why are you comfortable describing him as unbowed instead of, say, red-faced and unhinged? Would you get in trouble if you did? With who? If you’re picking adjectives, why not pick accurate ones rather than flattering ones? Why choose to troll your readers and cater to your sources, rather than the other way around?

So overall, the Times is the big loser and the Post the big winner, while the AP – which is consistently inconsistent – remains a bit of a puzzle. 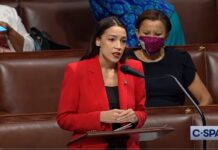 The New York Times has a misogyny problem, too

Ivanka Trump was deposed Tuesday by the DC attorney general's office as part of its lawsuit alleging misuse of inauguration funds, according to a new court filing.

Specifically, journalists. I hear a lot of them are out of work. https://www.nytimes.com/2020/12/02/opinion/facebook-twitter-misinformation.html?smid=tw-share

Scoop: Pompeo and his wife are hosting multiple holiday parties (one on the 8th floor of the State Dept with more than 900 invitees & food & drinks). At the same time, Pompeo’s subordinates are warned against meetings for “non-mission critical events.” https://www.washingtonpost.com/national-security/pompeo-coronavirus-holiday-parties/2020/12/02/9a06d0a6-3421-11eb-afe6-e4dbee9689f8_story.html

That part of the day when I shift gears from @nyt to @NYTCooking.