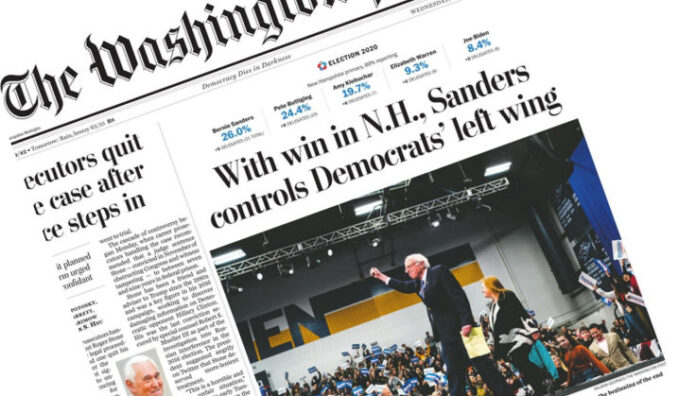 Bernie Sanders won the New Hampshire primary on Tuesday night and clearly established himself as the front-runner for the Democratic presidential nomination.

It was only a win by a whisker, and there were plenty of other very compelling storylines — notably how close the young, inexperienced phenom Pete Buttigieg came to coming in first, the extraordinary last-minute surge by Amy Klobuchar, and the wan showings by Elizabeth Warren and Joe Biden.

But Sanders did win. And I would argue that if it had been anyone but him, the headlines would have been less grudging.

As far as the Washington Post and the New York Times were concerned, it was only a partial victory – just winning over the Democratic left.

Sen. Bernie Sanders (I-Vt.) claimed unchallenged control of the Democratic Party’s left wing with a victory in the New Hampshire presidential primary Tuesday as two moderates, Pete Butti­gieg and a newly surging Sen. Amy Klobuchar (D-Minn.), vied for the opposition mantle in a campaign that has been remade over the past eight days.

Over at the New York Times, Jonathan Martin and Alexander Burns were only a bit less grudging:

Senator Bernie Sanders narrowly won the New Hampshire primary on Tuesday, consolidating support on the left and fending off a late charge by two moderate rivals to claim his second strong showing in two weeks and establish himself as a formidable contender for the Democratic nomination.

They repeatedly qualified his victory, noting that it simply “leveraged his own reliable strengths as a liberal champion against a moment of turmoil in the party’s more moderate wing.” and asserting that “his modest success only underscored the churning uncertainty of the race and raised the prospect of a drawn-out nominating process that could last through the spring.”

Both stories made solid points about the dynamics of the race. But they downplayed Sanders’s overall standing as a winner. The AP similarly minimized his victory, under the headline Sanders edges Buttigieg in NH, giving Dems 2 front-runners.

Throughout Tuesday evening’s television news coverage – especially before the final results were clear – the focus seemed to be on everyone but Sanders.

I don’t think we should miss the obvious though. Bernie Sanders is a phenomenon. He is — he’s getting attention. People talk about it, he just continues to rack up these big numbers, these big margins.

And he is doing stuff we don’t talk about. He is appealing to young people and people of color increasingly, and women, and the beer track voters people talk about for Biden, they’re showing up for Bernie Sanders. He’s got an army of unbelievable donors.

If anybody else had that, we would say this guy is our guy. For whatever reason, we continue to talk to everybody but Bernie Sanders.

the Sanders erasure is real. It's hard to write that without coming off like a stan, but it's wild and true.

The gut-level resistance among the elite political media to acknowledging Sanders’s strengths and recognizing the obvious – simply put, that he is winning – was perhaps most clearly exemplified by New York Times Washington bureau reporter Jeremy Peters:

Pete, after winning Iowa, is almost beating Bernie in a state Bernie won four years ago by 22 points. Under any normal standard of assessing the Democratic race, Pete would be called a frontrunner.

No. 1 story of the night: @amyklobuchar

No. 2 story of the night (so far): @PeteButtigieg coming closer to @BernieSanders than expected.

The Times story pitched on the home page Wednesday morning as being about how Sanders “may become the party’s standard-bearer” was wan. Matt Flegenheimer and Katie Glueck wrote:

The revolution has not come. Bernie Sanders is looking like the front-runner anyway.

I only half-joked Tuesday afternoon about alternate storylines the elite press would come up with in case of a Sanders victory, listing “This is good for Bloomberg” as one possibility. Dan Balz of the Washington Post obliged.

That said, soon after the networks called it for Sanders, there were a few moments of recognition. The major news home pages briefly bannered the Sanders victory with no qualifiers. On CNN, Jake Tapper paused to give Sanders his due:

And it’s not just that he wins the vote in New Hampshire, this comes after Senator Sanders won the popular vote in Iowa, this is the second contest and he has the organization and the money and the fund raising ability and the national name recognition, having ran for president once before, to take it all the way.

While Pete Buttigieg is certainly a front runner and right now, they may be neck and neck in delegates. Bernie Sanders is the Democratic front runner for the presidential nomination.

And you just have to take a step back, he is, I believe, 78 years old, he is a Democratic socialist, he is a Jewish American originally from Brooklyn. It is a stunning achievement by Senator Sanders and for his movement.

But in yet another memorable anti-Sanders monologue, MSNBC’s Chris Matthews raved about Klobuchar – “there’s some joy there” – while slamming Sanders. “Bernie indicts,” he said. “They’re indictments, they’re not joyous.”

The subtext behind much of the disdain is a partly a deep-seated sentiment that Sanders, if nominated, has little chance of winning the general election. But it’s also partly — and more insidiously — that many journalists don’t identify easily with Sanders in the same way they do with, say, Warren or O’Rourke or Buttigieg.

Furthermore, she noted that Sanders “keeps dissing” the corporate media.

And Sullivan saw what I did in the morning papers.

On a sentence-by-sentence basis, straight news coverage may not have reflected an anti-Sanders bias, but the framing of that coverage — choices made on headlines and emphasis — sometimes did.

All sorts of things could happen in the Democratic presidential primary going forward.

My take, however, is that who’s winning is an awfully big data point. So as long as Sanders is winning, being in denial is not good journalism. 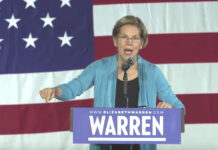 What should Trump be doing differently about coronavirus? Elizabeth Warren has some ideas 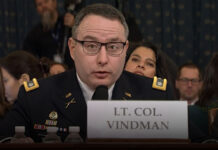 The folly of writing that Trump ‘hits back’ 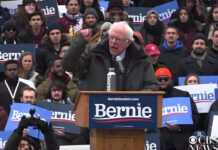