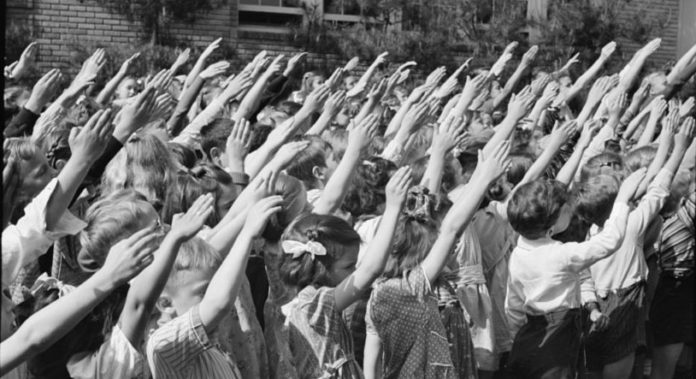 Quite a few of us media critic types have taken to calling for our most influential political journalists to take an overtly pro-democracy approach to their coverage, rather than bothsidesing Republican efforts to restrict voting and potentially overturn electoral defeats in order to install an authoritarian right-wing minority government.

But let’s say journalists did start treating the issue with the proper attention and alarm. Simply hearing more about the “threat to democracy” could well be too abstract a concept to be compelling for most voters.

So that bring me to two key questions:

1. What should a “pro-democracy reporter” do?

2. And what’s the best way to get readers to understand the consequences should anti-democratic leaders prevail?

Smith told me that being a pro-democracy reporter does not mean advocating for particular policies or making predictions filled with doom. It requires relentless, probing reporting on lawmakers, partisan authoritarians or anyone else scheming to undermine the fairness of our democracy for the pursuit of power.

Cole told me that it’s hard to predict how much damage an autocratic American government could do, because he is hopeful that the strength of “civil society” in the United States –interest groups, the media, cultural and religious groups – will preclude at least some worst-case scenarios. But he said there is legitimate cause for alarm on behalf of immigrants and others most likely to become targets of the government. And he urged journalists to report on what society is like under autocracies around the globe – and ask the public if that’s the kind of country they want to live in. 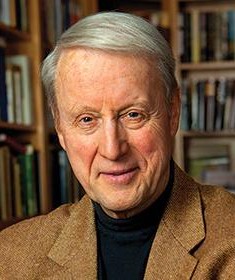 He worked at the New York Times for 26 years in Saigon, Cairo, Paris, and the American South before serving as bureau chief in both Moscow and Washington. Then he moved into reporting and producing documentaries for PBS. “The Russians,” his first book, was a mega-best-seller in 1976. I gave his latest book, “Who Stole the American Dream,” a glowing review in 2012, and think of it often.

He now runs a website called Reclaim the American Dream, and he wrote there in October about the “danger to American democracy and election integrity” presented by “the brazen GOP schemes to gain partisan control of the traditionally non-partisan process of counting and certifying the vote.”

Faced with such a story, Smith told me, reporters shouldn’t turn into opinion writers or prognosticators. “As a news analyst, I cannot tell the reader ‘this is going to happen’ just because I think so. That’s not my job,” he said.

What they should do is cover the hell out of it.

“You change your focus and change the focal length of your reporting. Get in close, get in tight,” he said.

“Everybody’s always moving on to the next story,” he said. “We still have this thing where we say: ‘We covered it once, so it’s been covered.’ ”

By contrast, Smith said, news organizations ought to put dedicated teams on the democracy beat, as the New York Times and the Washington Post appear to be doing. And the expectation should be that they will produce front-page stories daily, even if it means going back over previously covered ground.

We’ve seen that approach work, he said, as news organizations keep examining the circumstances of the Jan. 6 riot more than a year later — and keep digging up dramatic new information all the time.

One caveat: “We’ve always had a problem, and that’s connecting the dots,” he said. “If you just get it as a bunch of dots, you’re saying to the audience: ‘You make sense of it.’ There’s a need for more connecting of what happened.”

For instance, he said, the journalism should emphasize that this is not simply about Democrats vs. Republicans, even though it largely breaks along party lines. The media shouldn’t write off what he calls “constitutional Republicans” like Reps. Liz Cheney and Adam Kinzinger, who are “risking their careers for the Constitution and political fairness.”

“It’s the most important political story going on,” he said. “We now have a political party which is not committed to fair election vote counts and the rule of law in elections. They’re committed to victory at any cost. This is a far bigger story and far more important than most of the media is telling you.” 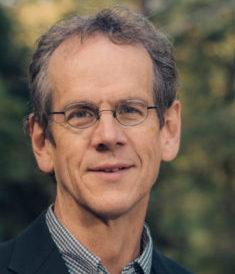 David Cole, the public intellectual who oversees the ACLU’s federal lawsuits, isn’t quite as terrified as I am about an authoritarian takeover of the country – but only because he takes comfort in the power of American civil society to successfully resist the kind of encroachments that are so often seen in other authoritarian-led nations.
“One of the strengths in this country is its robust civil society, which is really built on the First Amendment,” he said. “The right to speak your mind, associate with others, academic freedom, freedom of religion, it’s all there in the First Amendment. And it’s not just there in the First Amendment, it exists in reality in our culture,” he said.

Public-interest groups, ranging from the ACLU and Black Lives Matter to the NRA and the Federalist Society, provide “a really, really important check on abuse,” he said.

So rather than assert specific doomsday scenarios, he said, journalists should focus on encouraging members of the public to ask themselves: “Is that the kind of country you want to live in?”

“I think a lot of people, in a lot of places, their day-to-day lives are pretty much unaffected by the kind of government they have,” Cole said. “They’re not politically engaged. As long as the economy is working for them and the government stays out of their business, they feel fine.”

So journalists should report from countries where autocrats have come to power – places like Russia, China, North Korea, Poland – and ask the public if that’s the sort of government they want.

“There’s a value to living in a society in which certain things are taken for granted, and the government’s ability to harass you — to surveil you, to take your property, to take your liberty – is constrained by important constitutional principles. A lot of people in a lot of countries don’t have that liberty.”

To be sure, some subgroups of Americans could find their day-to-day lives dramatically affected. “It depends on what the populist decides is necessary to demonize,” Cole said. “If you happen to be within the target of demonization, all bets are off.”

Those targets, he said, “could be immigrants, could be homeless people, people of color, transgender individuals, women who want an abortion. It could be any of these.” In fact, he said, “it’s not hard to predict that the first stage would be anti-immigrant, because that’s always been the first stage of crackdowns.”

There is also much to be learned by exploring how authoritarians have behaved once they took power. “The first thing they do is they attack the institutions of civil society that they see as potential threats to their power,” Cole said. “They go after the press. They go after educational institutions. They go after the non-governmental sector, where people come together in association to advocate for change. And they often go after religion, because religion is a community of people with an independent sense of normative commitments.”

And there’s often a lot of something we’ve already seen happening here, as well: “If you’ve got an autocrat who has come to power and is concerned that they don’t have majority support, then their target is going to be voting,” he said. “They’re threatened by any mechanism that allows the majority to express its will. And that’s the vote.”