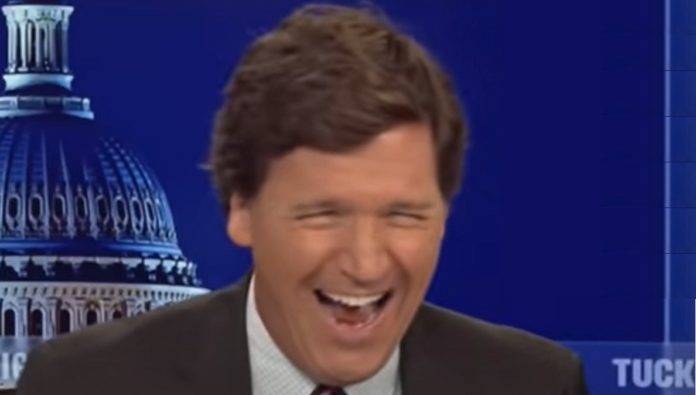 If you’re a reporter, how can you know if someone you’re interviewing is racist? Can you just ask them?

Well now, it turns out, you can.

You don’t ask “Are you racist?” because they’ll say no.

You ask “Do you believe white Americans are in danger of being replaced by nonwhites?”

If they say yes, they’re racist.

Similarly, do you want an estimate of how many Americans are racist? It’s about a third.

The latest hate-fueled white supremacist mass murder, coming on top of similarly motivated mass murders in Pittsburgh and El Paso, has thrust the existence of white replacement theory into public view. The theory, generically, is that white Americans are being intentionally replaced by nonwhites, who are taking over the country.

Specifically, replacement theory states that Western elites, manipulated by Jews, are bringing nonwhites into the United States to replace white voters in order to achieve their social and political goals, which ultimately include the extinction of the white race.

But one doesn’t have to accept every single element of the theory to be a follower at heart. The concept of the intentional replacement of white people by nonwhite people, in any form, is a racist conspiracy theory that should be abhorrent to everyone.

So this is it. This is what the media’s been waiting for: A simple litmus test that can be applied universally. No more worries about “taking sides” or “calling people names.”  Replacement theory is beyond the realm of partisan squabbling.

Reporters should ask every elected official or candidate about replacement theory, get them on record, and keep tabs. “Do you think it’s acceptable to accuse Democrats or anyone else of wanting to replace white people with nonwhite people, in any way? Yes or no.”

Maybe also: “Do you see that ‘replacement’ has become synonymous with white racist grievance? Do you renounce any use of that term going forward?”

And: “Is replacement theory Republican Party heresy, or orthodoxy?”

Political reporters have fantasized for more than six years about a major schism in the party between MAGA and the “establishment” – and are constantly surprised every time Trumpism remains triumphant.

But replacement theory is so abhorrent to anyone but a stone-cold racist that, hopefully, it will, at long last, establish a line that many Republicans are not willing to cross. It could create that long-sought schism.

In either case, political reporters and editors used to normalizing pretty much anything the GOP does, no matter how extreme, need to wean themselves away from qualifiers. They need to be prepared to state, definitively, that those who espouse replacement theory are racist.

What this means for reporters is not writing that “the racist ‘replacement theory’ … has been legitimized by some conservative commentators and Republican members of Congress,” as Matt Viser and Tyler Pager did in the Washington Post. It cannot be legitimized.

Nicholas Confessore and Karen Yourish were correct to write in the New York Times that replacement theory “has become an engine of racist terror, helping inspire a wave of mass shootings in recent years and fueling the 2017 right-wing rally in Charlottesville, Va., that erupted in violence.”

But they were wrong to say that “replacement theory, once confined to the digital fever swamps of Reddit message boards and semi-obscure white nationalist sites, has gone mainstream.” We’re not there. Yet. It’s still just a toxic minority view. It’s not the new normal.

And they were wrong to write that Republicans like former House speaker Newt Gingrich and third-ranking House Republican Elise Stefanik have “echoed,” replacement theory. They aren’t echoing it, they’re spreading it. They’re racist.

Similarly, Marianna Sotomayor was right to call out Stefanik by name in the Washington Post, but let her off too easily, writing that she “and other conservatives have echoed the tenets of the far-right ideology as part of anti-immigrant rhetoric that has fired up the Republican base ahead of the midterm elections.” This is not clever political strategy, it is racism.

I remember being surprised when I first heard the white supremacists marching in Charlottesville chant “Jews will not replace us.” But it sure sounded Nazi to me.

What should have been universal condemnation, of course, was sabotaged by Donald Trump insisting that there were “very fine people, on both sides.”

I remember a little over a year ago, being absolutely horrified that Fox personalities Tucker Carlson and Laura Ingraham had suddenly taken to terrifying white people about the invasion of immigrants into their neighborhoods, bent on rape and murder.

It was an explicit expression of white replacement theory. Ingraham warned that immigrants will “swamp the voting power of all of you Americans out there who still know the country’s traditions, constitution and history,” and “overthrow everything we love about America.”

Carlson said: “Reckless and destructive immigration policy is the penalty you are paying for your white supremacy.”

As I wrote at the time: “It’s filthy stuff — visceral appeals to the very worst elements of American pathology. It reduces immigration to one issue: race. It feeds fear and hatred. It incites violence.”

I strenuously called on the rest of the media “to call out their vile attempts to spread hate and dissension through lies.”

But, as we know, there was no such outcry. The ostensibly “responsible” news media simply averted its eyes. And, in the absence of overwhelming public condemnation, Carlson and others felt emboldened, and kept going.

As the New York Times reported last month about Carlson, “In more than 400 episodes, the Times analysis found, he has amplified the idea that a cabal of elites want to force demographic change through immigration.”

It was a huge mistake not to condemn them a year ago, and it would be an even bigger mistake today to allow this theory to simply slide into the “mainstream.”

In a New York Times opinion essay, author Kathleen Belew brilliantly unpacked how belief in replacement theory “transforms social issues into direct threats.” It’s not just about immigration, but about abortion, and feminism, and LGBTQ rights, and integration, and intermarriage.

If replacement theory becomes Republican dogma, even the most submissive political reporters should be able to recognize that they can’t possibly keep referring to the GOP as a normal party, or to the upcoming midterm elections as a referendum on Biden. Those elections will be a referendum on whether to return to the dark ages.