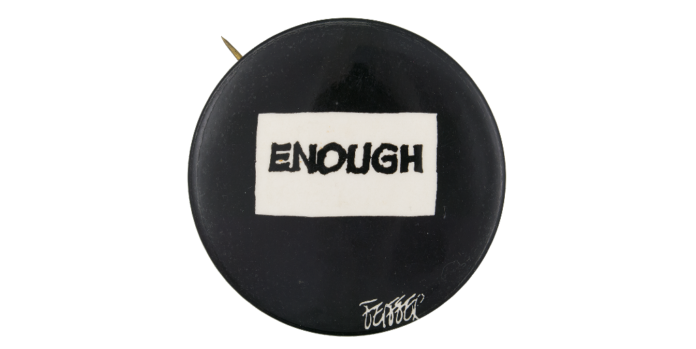 The news, which has for such a long time now been overwhelmingly grim, seems to have become even more appalling lately.

The Supreme Court is taking away rights, rather than expanding them. There are mass shootings all the damn time. The spread of disinformation is out of control. The Republican Party has gone full Christian authoritarian and is still widely expected to win the midterm elections in a rout – after which it’s quite possible elections won’t really matter anymore. Some Republican governors are already going full fascist. Racism and misogyny are resurgent. The planet is heating up and gas prices are too high. None of the branches of government seem to be helping make things better.

The ideal of the United States as a peaceful, inclusive democracy seems farther away than it has for several generations.

No wonder people are pessimistic. According to a recent AP-NORC poll, 85 percent of Americans think the country is headed in the wrong direction – an all-time high. Gallup reports that confidence in institutions is at an all-time low.

A distinct minority of unhappy people I’m sure feel that way because they think Trump won and Biden is Satan. But most, I would hazard, are normal, reasonably-informed Americans.

For a lot of us, the news makes us feel sick to our stomachs, screaming mad, and terrified for our country’s future as a functioning democracy.

The failures of our political leaders are compounded by the failure of our corporate media to inform – and to give voice to that widespread rage.

I asked a few months ago: Where are the voices of the ordinary people who fear for democracy? Why has the majority been silenced?

What has occurred to me since then is that the corporate media needs – and is missing — someone they can turn to for a few pithy soundbites. Actually talking to a wide cross-section of people is way too much work.

Our top political reporters, when news happens, reach out to the usual suspects: the people who either lead our political parties or are jockeying for position. Sometimes they’ll reach out to an interest group for their predictable reaction.

But top politicians have their own motives, and calculations, and habits. The decrepit leaders of the Democratic Party are stunted by pro-corporate incrementalism and timidity. The leaders of the Republican Party are psychotic liars. Anyone looking for someone to express unbridled passion and outrage will not find it in politics – except in some very rare cases.

So who could become the voice of people? Who could journalists reasonably turn to who could express the common-sense outrage about the direction our country is going in? Who could intelligently discuss options and solutions? Who could explain to reporters – who either don’t get it, or forget all the time – what is really at stake? Who could cut through the Republican talking points and scare stories and explain, simply and clearly, what the right-wing zealots who control that party want to do? Who could expose how the current system serves the rich? Who can be said to represent this huge, highly alarmed chunk of the public?

And who can channel this supermajority’s rage into action? Who can champion a true public agenda?

I’m personally at the point where I think we need some sort of national strike, to definitively establish that the status quo is not acceptable. But who could call one?

I don’t know. My personal list of people I look to for moral leadership includes civil rights lawyer Sherilyn Ifill, co-chair of the Poor People’s Campaign the Rev. William Barber II, and a few particularly plain-speaking populist politicians including Elizabeth Warren and  Alexandria Ocasio-Cortez. I asked on Twitter, and got a lot of great responses. But are any of them viable?

The cynic in me says our culture is so fractured and debased that it has to be a celebrity. They are the only ones who seem to attract truly mass support.

What about Oprah? Or Barack Obama? Or Michelle Obama?

Or can it be some sort of network of influential people united not by party lines, but by core values? What about non-billionaire-run philanthropy?

It’s been interesting to watch the Washington Post, just in the past couple of days, gain awareness of the craving for a fighter.

Our country feels like it’s spinning downward at an ever-more-furious pace, and the party is led by superannuated politicians who at these moments explain why they’d like to do more but are constrained from doing so.

One just doesn’t get the sense that their hair is on fire, which is how rank-and-file Democrats feel.

They wrote that they saw signs that California Gov. Gavin Newson might be trying to fill that vaccum.

In the view of many distraught Democrats, the country is facing a full-blown crisis on a range of fronts, and Biden seems unable or unwilling to respond with appropriate force. Democracy is under direct attack, they say, as Republicans change election rules and the Supreme Court rapidly rewrites American law. Shootings are routine, abortion rights have ended and Democrats could suffer big losses in the next election.

But it’s not just “Democrats” who feel this way. I think it’s “ordinary Americans.” The question, then, is who will speak for us?