My week in tweets:

A friend of mine emailed me about this New York Times article by Jonathan Weisman and Maggie Astor. He was furious that it made the glib assumption that people in “roles that do not require college degrees” represent a constituency opposed to student loan relief.

Those roles “are filled with people who have college degrees or, more to the point, began attending college, racked up debt, and had to drop out to work to pay off their loans,” my friend wrote.

The article cited two prominent labor unions, but my friend noted that it “didn’t mention whether the union has a position on the bill.”

So I did some digging. And lo and behold:

I actually don’t use that word very often, but my lord. The coverage of the newly-revealed DOJ memo was that and more.

The whole reason the memo was released was that a federal judge ruled it wasn’t part of the “deliberative process.” Get that? The fix was already in. It was purely a post-hoc cover-your-ass memo, which was part of William Barr’s brilliant PR work in making it sound like Mueller found nothing.

Every news report I read took the memo at face value. The Washington Post, before they fixed it, said it “played a crucial role in the decision not to charge or accuse then-President Donald Trump of committing obstruction of justice.”

JFC @DevlinBarrett, the only reason you're seeing the memo is because the judge determined it played NO ROLE WHATSOEVER in the decision, it was pure cover your ass. https://t.co/fO8jQGx3Aj pic.twitter.com/ix7SjaLwg9

It has been really difficult for me to watch so many "top" reporters fail in their reporting of this memo. How is it that they still take Trump-era memos at face value? It's like their incapable of learning from their mistakes. Makes me very sad. https://t.co/kjbzw0bi4W

This was a massive recurrence of what @Sulliview once called "Barr-Letter Syndrome," whereby the media easily succumbs to right-wing mischaracterizations. https://t.co/Rtwqx9NaGC https://t.co/rYVZJkYqvh

The Post did run an excellent analysis the next day – on the opinion pages.

Reporters who took this memo at face value should be ashamed. Thank you @RDEliason for the truth. https://t.co/QHngoiR9JI

Bravo! The must-reads of the week

Helluva piece. "What sets Jones Day apart is the degree to which it penetrated the federal government under Trump and is now taking advantage of a judicial revolution that it helped set in motion." https://t.co/PyYo3ZuGAe

"Sotomayor’s opinions read like the ringing of an alarm bell. Her dissents serve to put the other branches of government on notice that the court is out of control," @ElieNYC writes @thenation. https://t.co/g0ChRFXz3G

Boo! Other garbage stories of the week

The top of this article should have clearly indicated to readers: No, of course not, this is pure misogynistic right-wing authoritarian fantasy. Instead this ridiculous theory is basically indulged until nearly the end.
https://t.co/8eqTaLzUqg

The understatement here is criminal: “His unwillingness to let go of power, including refusing to return government documents collected while he was in office, has led to a potentially damaging, and entirely avoidable, legal battle” https://t.co/hdM4JwSmpE

Will the woke panic never stop?

This is Trumpian: The threat is from the left! They're DESTROYING OUR SOCIETY! Bravo, @theatlantic! https://t.co/DPgbM5AZlR

An appreciation of David Kay from @BobDrogin: "No one from the White House, nor anyone from the U.S. intelligence community, had previously conceded any errors in Iraq."https://t.co/Bd4DRLipZd

Leaving you with this thought

The whole thing that makes the US so unique and wonderful is that it’s not defined by ethnicity or religion but by the accumulation of many waves of immigrants. How did so many people forget this? Or did they never learn it in the first place? 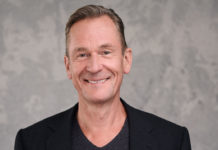 Journalism in service of the billionaire class 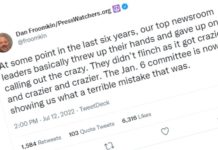