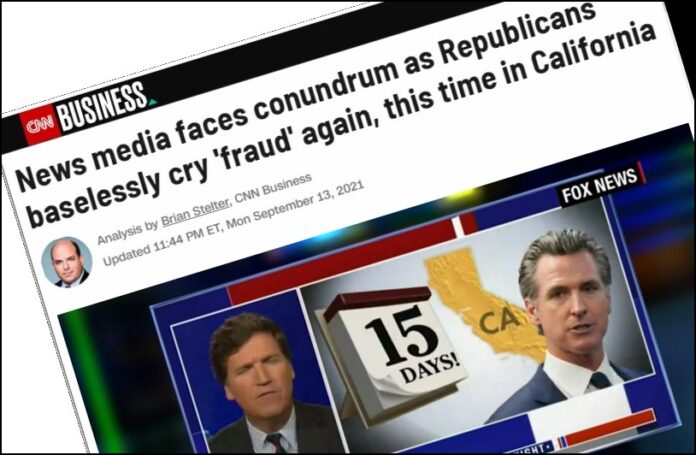 The discourse about political journalism is once again afire with debate over whether the now-ubiquitous Republican allegations of election rigging and election fraud should be called “lies” or not in news stories.

Of course they should. It’s ridiculous that we’re even talking about it.

The distinction between a “false” or “baseless” statement and a lie is that a lie is uttered or spread knowingly, intentionally, and to serve a purpose. These lies undeniably qualify.

And in the case of the Republican lies about elections, the motive is crystal clear: They are trying to subvert democracy. That’s not hyperbole. They are literally preparing to manipulate and, if necessary, disregard the voting process if they don’t win.

Calling blatantly fraudulent allegations about elections “baseless claims” or even “lies” is not nearly enough. They are calculated, democracy-killing lies. And that needs to be made very clear in every story about them — or journalists are not really telling their viewers and readers what they need to know.

Another thing to keep in mind: The best lies are often part of a compelling, if fictional, narrative. To effectively expose and rebut those lies, journalists need to tell the full, true story, which includes who is spreading the lie and what they are hoping that will achieve.

Most of our major newsrooms finally found the fortitude to call Trump’s assertion that he won the presidential election in 2020 the “Big Lie.” But they’ve backslid since then, describing littler lies claiming election rigging and fraud – most recently from Republicans in California — as “false claims” or “baseless allegations”.

Washington Post media columnist Margaret Sullivan recently applauded the Philadelphia Inquirer’s refusal to us the word “audit” to describe the farcical, bad-faith attempt by state Republicans to gin up allegations of voter fraud.

The paper attaches a little box to stories now, explaining that it’s not an “audit” because “there’s no indication it would follow the best practices or the common understanding of an audit among nonpartisan experts.”

But that’s not enough – not nearly enough.

I was delighted to see Dan Hirschhorn, senior politics editor at the Inquirer, telling Sullivan “We are pro-democracy… We believe voting rights are fundamental and it should be easier, not harder, for people who are legally allowed to vote to do so.”

Every journalist involved in covering politics should equally unabashed.

But it’s not just words that matter. Context also matters. There’s a reason Pennsylvania Republicans are engaged in this bogus exercise: It’s to create doubt among the public about the reliability of Pennsylvania’s election system, so that the next time they lose, they can claim victory anyway.

Using the right word when Republicans lie about elections isn’t enough if you don’t explain why. 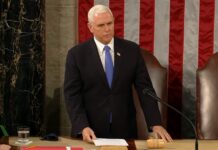 At the New York Times, a new revelation about Trump’s attempted coup isn’t worth mentioning 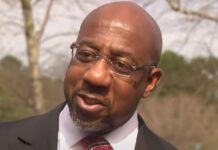 As voting issue gets white-hot, political reporters try to duck the moral implications