The shoddy, knee-jerk political coverage in our top news outlets last week – election week — was profoundly depressing to me, which explains both why I’m writing about it and why it’s taken me so long to do so.

Here at Press Watch, I advocate for bold truth-telling in a moral framework. Last week’s political coverage reeked of cowardice and enabling.

This tweet gives you an idea of how I was feeling, pardon the language:

In what kind of fucked up world do political editors, the day after a dishonest and racist strategy seems to them to have worked, assign stories about how cool that was?

Consider what our nation’s top political reporters did last week:

I wrote a couple weeks ago about how journalists know damn well that Youngkin’s rhetoric about critical race theory is a lie and a euphemism for racist concerns about modest attempts to address diversity, equity and inclusion in our schools.

But what can’t be denied is the degree to which Youngkin successfully activated and unleashed white racial anxiety, positioning it in its most potent form: as the protection of the vulnerable, innocent and helpless. In this case, the white victims in supposed distress were children.
Youngkin homed in on critical race theory, even though critical race theory, as Youngkin imagines it, isn’t being taught in his state’s schools. But that didn’t matter.

There are people who want to believe the fabrication because it justifies their fears about displacement, powerlessness and vulnerability.

It can’t be denied, Blow wrote. And yet, in the news columns his own paper, among others, it was something to write around, not write about.

(Journalist Jonathan M. Katz wrote in his Substack blog that “Few institutions did more than the Times” to “launder Republican appeals to white Virginians’ racial insecurities in ways that would be palatable to voters in the ostensibly liberal strongholds of the commonwealth like Northern Virginia, Richmond, and Hampton Roads.”)

The day after the election, New York Times reporters Lisa Lerer and Jeremy W. Peters (don’t get me going on Jeremy Peters) wrote that “parental rights” was “a newly potent wedge issue.”

Playing down the racism angle in their story, they declared that “it is the free-floating sense of rage from parents, many of whom felt abandoned by the government during the worst months of the pandemic, that arose from the off-year elections as one of the most powerful drivers for Republican candidates.”

Similarly, the Washington Post published an article headlined “Parental say in schools, resonant in Va. governor’s race, bound for GOP national playbook.” Education reporter Hannah Natanson wrote that “Youngkin found his footing” in the later weeks of his campaign “as he mined a national vein of parent grievance over what and how schools teach about race, racism and American history.”

You might think an education reporter would find that alarming, because it obviously is. But instead, Natanson quoted Matt Bennett saying that “the results in Virginia should serve as a wake-up call” for the Democratic Party. (She identified Bennett as “the co-founder of left-of-center think tank Third Way,” even though his corporate-funded group‘s central mission is to drag the Democratic Party to the right.)

And consider this: According to CNN exit polls, parents were only a tiny bit more likely to vote for Youngkin than non-parents. So to the extent that his racist education pitch had any effect, it wasn’t on aggrieved parents, it was on aggrieved white people.

Simply stating somewhere in a story that critical race theory (CRT) is not actually being taught in Virginia public schools, was not nearly enough. As Lyz Lenz wrote in her newsletter:

By weighing the fake thing (CRT) in balance with the real thing (that it doesn’t exist in schools), the fake thing becomes real by comparison. The imagined threat is now called out of the looming darkness and made manifest into life.

Actual journalism needs to be committed here: reporting from schools about how American history is really taught, and what diversity and inclusion really means. Maybe some journalist could even talk to some Black moms and dads and kids. Instead, the dog-whistles are now coming from inside the building.

This CNN story by Maeve Reston — How Glenn Youngkin may have forged an education roadmap for Republicans – treats as a given that Youngkin was addressing real concerns, rather than making up racist scare stories to rile up the base.

Youngkin’s victory, she wrote, “raises questions about whether Democrats have taken seriously enough parents’ concerns on a range of issues about education.” She quoted Republican pollster Neil Newhouse saying “The cracks in the education system, which were more or less hidden for decades, became transparent to all when kids had to start taking classes from home.”

There is no substance to Youngkin’s schools rhetoric, but CNN grants that he has exposed “cracks” in the system and that Democrats need to see that.

The only positive result of last week’s political coverage was that a CBS story about interviews with a bunch of white moms, initially headlined How young is too young to teach kids about race?, spurred a number of moving and important Twitter threads about how Black parents don’t get to ask that question. You can read some of the tweets here and here. 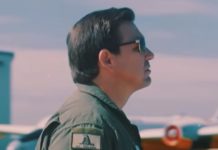