The man who New York Times national political reporter Jeremy Peters selected on Sunday to exemplify his thesis about ordinary Virginians voting Republican due to their “dissatisfaction with the political culture” turned out not to be an ordinary Virginian at all.

Peters quoted Glenn Miller calling himself as a “Hillary-Biden voter,” and wrote that Miller recently reached a “tipping point” that led him to attend a rally for the Republican gubernatorial candidate, Glenn Youngkin.

After Peters tweeted out his story, a little sleuthery by journalist Jonathan M. Katz quickly identified Miller as a prolific Republican donor and an activist foe of the (nonexistent) teaching of “critical race theory” in pubic schools.

The supposed Biden-turned-Youngkin voter @jwpetersNYT quoted wrote an article about CRT and race-based admissions for Quillette two months before the 2020 election: https://t.co/qTHxKZb02W https://t.co/GrHh3NBcAD

After Peters tweeted a sniffy response, Katz appropriately rejected and mocked it.

Here’s the response from @jwpetersNYT. (He’s blocked me.) He seems to be—gullibly!— basing this take on one vanity Google hit. Miller is a highly paid, very much for profit real estate lawyer in addition to being a right-wing anti-“CRT” activist. Just amateur stuff from Peters. pic.twitter.com/5djxWbDPB5

But that wasn’t the only problem with Peters’s story.

It was clear in interviews with voters over the weekend that many Virginians view this election as something symbolically greater than a face-off between two candidates for governor. The contest has exposed the country’s persistent divisions over questions of race, class, privilege and the appropriate role of government, and become an outlet for Virginians to register their dissatisfaction with the political culture.

And see how Peters cast Miller as its poster boy:

“I’m a Hillary-Biden voter,” said Glenn Miller, a lawyer from McLean, as he walked into a Youngkin rally in southern Fairfax County on Saturday night that drew more than 1,000 people. He explained his tipping point: Working from home and hearing his teenage daughter’s teacher make a comment during a virtual lesson about white men as modern-day slaveholders.

An “Editor’s Note” (not a correction) was appended on Monday afternoon:

An earlier version of this article referred incompletely to Glenn Miller. A frequent donor to both parties, he has been active in Virginia in local efforts opposing the elimination of race-blind admissions tests in schools and has spoken out against critical race theory.

But look at how the Times editors tried to fix it:

“I’m a Hillary-Biden voter,” Glenn Miller, a lawyer from McLean and frequent donor to both parties, said as he walked into a Youngkin rally in southern Fairfax County on Saturday night that drew more than 1,000 people. Mr. Miller, who has been active in local efforts opposing the elimination of race-blind admissions tests in schools and has spoken out against critical race theory, explained his tipping point: Working from home and hearing his teenage daughter’s teacher make a comment during a virtual lesson about white men as modern-day slaveholders.

My son programmed me a version of the abandoned killer app Newsdiffs, to track changes in the Times and the Washington Post. Here’s what it looked like ==>

But the correction was also wrong — in some ways even wronger. Miller is not a “frequent” donor to Democrats; his political donations are overwhelmingly to Republicans.

And the corrected version no longer makes sense; it refutes itself. There was no “tipping point.” Miller may in fact have been a Never-Trumper, but it seems obvious that he hardly needed a push to get on Youngkin’s race-baiting bandwagon.

The paragraph also still passes along Miller’s assertion about overhearing his daughter’s teacher as presumptively true.

I found these observations by journalist Magdi Semrau highly on point:

I am *highly* dubious that this even happened, but the way it is written up in the Times creates the assertion that it is true. Unverified claims should be clearly described as "unverified." That what journalists would do for accusations of sexism, racism, etc. pic.twitter.com/AuuTogzhcP

As for Peters, this was not the first time he had deceptively identified the not-so-ordinary person he chose to exemplify his thesis. He did the same thing in June 2018:

Is this the most informative way to describe the cofounder of a pro-confederate monuments astroturf PAC? https://t.co/HM5nqS8Gys pic.twitter.com/xVji2DUUeg

So the guy was on notice. But he did it again, anyway.

That said, it’s not just Peters. This sort of thing happens almost routinely in the Times. I think it’s because the reporters parachute into a place not to listen — which they damn well should be doing — but to find someone who will illustrate the (often toxic) story they and/or their editors had in mind before they even got there. They cast around desperately for someone — and find themselves a ringer.

Last week, it was Sarah Maslin Nir’s report on a public school paraprofessional leaving her job and moving in with her parents over a vaccination mandate—a report that omitted the woman’s history as a Trump-supporting anti-vaccine activist who took part in an attack on a COVID-19 testing site.

A year ago, I wrote a column headlined How the New York Times suckers itself into publishing Republican propaganda, after an article by Elaina Plott (not nearly as senior a reporter as Peters) ended up with this doozy of a correction appended:

An earlier version of this article contained several errors. It referred incompletely to two Atlanta-area voters, omitting their connections to Republican politics in Georgia. Natalie Pontius, an interior decorator near Atlanta, served as a consultant for a Republican candidate seeking a seat in the Georgia House of Representatives. Jake Evans, an attorney, chairs the state’s branch of the Republican National Lawyers Association and has been appointed to Gov. Brian Kemp’s election-security task force. The article also misstated Mr. Evans’s age. He is 33, not 31. Finally, the article also misstated the last year a Democratic presidential candidate won Georgia. It was 1992, not 1996.

As I wrote at the time:

To be clear: Reporters should take great care to find actually “average” voters before identifying them as such; they should carefully question those voters to make sure they aren’t ringers; they should verify that by checking around; and their editors should do likewise.

And there’s the broader question of how the Times and other national news organizations find “regular people” to interview – especially in the age of Covid.

At this point, I think news organizations need to get a lot more transparent about how they go about this, at the risk of losing the readers’ trust entirely.

Uncritical of a racist theory

As I wrote last week, reporters know it’s euphemistic shorthand for a right-wing, highly racist backlash against modest attempts to address diversity, equity and inclusion in schools. And they know Republicans are using it to rile up their base.

So why haven’t reality-based political journalists called it out for what it is?

One reason is that they are much more comfortable calling out little lies than big ones. See, for instance:

This is such a great distillation of what's wrong with fact-checking. Youngkin's top appeals to voters are based on lies. But @GlennKesslerWP counts up his own little nitpicks and finds McAuliffe the bigger liar.

McAuliffe said Youngkin had event "with" Trump and same intrepid reporters sprinted to front of line to yell "lie"!!!!

And I am continually gobsmacked by the industry’s blind spot for racism. An even more recent example:

This huge, sprawling report by WaPo raises a key question: Why did law enforcement fail to heed the warnings about 1/6?

But it whiffs on the obvious answer.

It wasn't "unique breakdowns inside each law enforcement agency ."

The end result, as Washington Post opinion columnist Greg Sargent wrote on Tuesday, is that:

For months, Youngkin and his allies have pumped that raw right-wing sewage directly into the minds of the GOP base, behind the backs of moderate swing voters, via a right-wing media network that has no rival on the Democratic side.

My view , however, is that the last thing we need is Democratic sewage. We just need the reality-based media to push back against the lies. 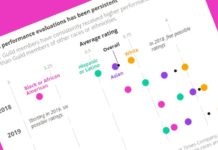