It’s time for another edition of “Let Me Rewrite That for You,” where I address egregious failures by our elite political reporters and offer what I hope are better alternative approaches.

Today’s failure is the Washington Post’s utterly deadpan and stenographic coverage on Tuesday of one of the most absurd things Donald Trump has said lately, even by his standards.

And nothing in the story even remotely indicated that what Trump said was absolute lunacy – and quite possibly the result of total panic.

Here’s how the story started:

After bluntly admitting over the weekend that he wanted vice president Mike Pence to overturn the 2020 election, former president Donald Trump on Tuesday issued a ludicrous call for Congress to investigate why Pence didn’t.

The only critical analysis of Trump’s latest statement was to call it “nuanced”:

In a fresh statement Tuesday, Trump offered a more nuanced take on what he would have liked to have seen from Pence, saying he “could have sent the votes back to various legislators for reassessment after so much fraud and irregularities were found.”

OK, let’s review. Trump, an inveterate liar, finally says something that is obviously utterly truthful: That he wanted Pence to overturn the election. Two days later, in the same statement in which he ridiculously calls on the congressional committee investigating the Capitol riot and his role in inciting it (almost certainly a crime) to instead investigate Pence for not doing something that would have been a crime, he sort of takes it back. That’s not “nuanced,” that’s just bullshit.

So let me rewrite that for you:

Mr. Trump said on Sunday that Mike Pence “could have overturned the election,” acknowledging for the first time that the aim of the pressure campaign he focused on his vice president had simply been to change the election’s result, not just to buy time to root out supposed fraud, as he had long insisted.

That’s awfully good, isn’t it? Well guess what? I didn’t write it. Shane Goldmacher did, in a New York Times news analysis on the same day as the Post story.

In his first paragraph, Goldmacher all but announced that the Times has had finally had  enough of giving that guy the benefit of the doubt:

A series of new remarks by Donald J. Trump about the aftermath of the 2020 election and new disclosures about his actions in trying to forestall its result — including discussing the use of the national security apparatus to seize voting machines — have stripped away any pretense that the events of Jan. 6, 2021, were anything but the culmination of the former president’s single-minded pursuit of retaining power.

🚨🚨🚨This is a spectacular, defining, and hopefully course-changing story for the NYT.

It is essential context for every future Trump article.

Maybe NYT editors have finally had enough of covering for this guy!https://t.co/UGEztW4ZQ3

I realize it was long overdue, that the headline sucked, and that the notion that only now do we know for sure what Trump wanted is kind of a pathetic excuse for the paper’s many years of lame Trump coverage.

But if that’s what it takes for the Times editors to effectively acknowledge that they were wrong – wrong to normalize the abnormal, wrong to give Trump the benefit of the doubt, wrong to engage in equivocating, mealy-mouthed, both-sides reporting when what was called for was bold truth-telling – well, I’ll take it.

I am so hopeful that this story — full of unabashed assertions about Trump’s “yearslong flirtation with political violence” and the threat he poses to democracy – represents a new approach for Times journalists.

Then again, with it coming so close on the heels of Annie Karni’s delusional story about how Republicans have been trying to rehabilitate themselves – and a horror from Goldmacher himself on Monday, making a laughably weak case that “Trump’s Grip on G.O.P. Faces New Strains” – I could be overly optimistic. 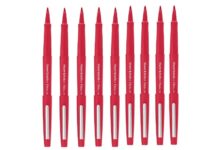 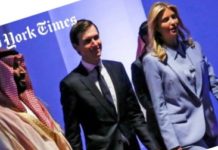