The sudden and ignominious departure of Jeff Zucker as the maximum leader of CNN thrusts the future of the news network into contention.

If the decades-long race to the bottom in the cable “news” business continues apace, the next incarnation of CNN could well make Zucker’s legacy of cheesy conflict look like great journalism in retrospect.

But there is another way.

There is a gaping emptiness in the American television news ecosphere that CNN is uniquely poised to fill.

It’s for a network that champions the truth as boldly and enthusiastically as Fox spreads propaganda and disinformation. That means not just delivering the news, but also helping people understand the real-world context in which the news occurs. It means not just fact-checking disinformation spreaders like Fox, but unraveling their deceptions, examining their motives, and using vigorous reporting to contrast what they say with what is really happening on the ground.

I could be “Reality TV” – not the kind with contrived skirmishes that Zucker championed, both before and during his tenure at CNN, but TV based on actual, gritty, complicated reality.

It could hearken back to CNN’s early days, when it didn’t have to worry about gimmicks because it was the only player, and it became the place to watch breaking news. It proceeded to earn a reputation for straight-shooting, and its tagline, “the most trusted name in news.”

The Need for Change

CNN obviously needs to do something differently post Zucker. Its audience is drifting off. More Democrats watch Fox than watch CNN. It runs a fairly distant third in viewership after Fox, whose mishmash of far-right propaganda and entertainment make it the undisputed leader, and MSNBC, which has an overtly partisan Democratic bent. CNN also lost a higher percentage of its viewers in last year’s post-Trump slump than the other two networks, making things just that much worse.

Zucker’s foremost legacy at CNN was his devotion to goosing the ratings with fake drama from predictable pundits. His most inexcusable act was to pay Trump loyalists to come on CNN to fight and lie. That was the opposite of building trust.

But Zucker’s dilemma was a tough one. CNN’s format increasingly feels tired and flawed. After a certain point, how interesting is it to have the same people on TV saying the same things all the time? No one ever changes their mind. It feels so disconnected from reality.

One way to add zing is with high-wattage personalities expressing strong feelings about the news. Zucker tried that with the smug and belatedly-fired Chris Cuomo and the wonderfully sincere Don Lemon. But MSNBC does it better.

The passage of time and the extraordinary fragmentation of the media — first by cable and then the Internet — has resulted in an anarchic news environment, where there’s no widespread agreement anymore on what is true or what is decent.

We suffer from not having a common frame of reference. There is no Walter Cronkite serving as disseminator, gate-keeper, and voice of reason.

So, what if CNN — rather than try to groom individual personalities — instead took on one big personality of its own, network-wide: Cronkite’s. (But minus the white patrician element.) Imagine CNN as one big Cronkite telling you what you need to know, while at the same time full of righteous indignation toward the spreaders of disinformation and indecency .

Imagine a CNN constantly sending out the crews that it mobilizes for disasters – and more – to do ground-based reporting on the national challenges of the moment, rather than just asking well-heeled talking heads about them. It seems particularly appropriate given that two key issues — the threat to democracy and the threat to our planet – are in fact disasters, if slower-moving than a hurricane.

This CNN would vigorously oppose disinformation as part of its daily routine, identifying the latest toxic deceptions and defanging them with actual reporting; comparing what Fox says with reality.

The goal would not simply be to mock Fox, but to explain its motives, point out what it’s not asking or reporting, and perhaps most importantly, explore the impact of its lies on its viewers. Right now, unfortunately, that’s too easy: It’s thousands of its viewers dying.

And mocking Fox does make good TV, too. CNN should show and contextualize the best and worst of Fox, so no reasonable person would feel the need to watch them any longer. Weaning people off Fox is both a good business model and good journalism.

This CNN would focus even more than they do now on bringing in experts to explain things as best they can, even if that makes the stories more complicated. I’d recommend more historians — and a lot more psychologists.

And the lowering of production values in the Zoom era has one huge advantage: CNN could bring on more regular people, from their homes, telling their own stories: teachers, community organizers, religious leaders, local officials, and just plain folks whose life experiences serve as a reality check. It could feature, say, regular people who are terrified for our democracy.

As you may recall, Zucker’s reason for hiring pro-Trump zealots was to help viewers understand what the MAGA crowd is thinking. That’s a noble goal. But instead of hiring hucksters, I’d want to see CNN reporters sitting down with real MAGA believers, at length (on tape), to learn about their core values, their news consumption, and their tribal affiliations.

CNN could return to its Atlanta roots, shifting its focus to outside the Beltway.

It could devote broadcasts to specific issues, allowing for a serious and respectful exploration of alternate views. Archived video of those broadcasts would make great context for incremental stories on the web site.

And let’s not forget the CNN.com website, which feels a bit overlooked by management despite being – by far—the top digital news website in the U.S.

What a great place to focus attention on the topic of the day, accept submissions from readers, and seek out real stories of real people.

Finally there’s a matter of talent. I’m with newsletter writer Parker Molloy, who wrote “Get rid of ‘politics as sports’ guys like Chris Cillizza” and let’s hear even more from Jake Tapper, Andrew Kaczynski, and Donie O’Sullivan – “just naming a few of the many CNN people who would benefit under a more news-centric focus.”

And What About the Ratings?

For two weeks in January, CNN engaged in a wonderful experiment. It turned the hour previously occupied by Chris Cuomo over to a show called “Democracy in Peril,” hosted first by Brianna Keilar and then Jim Acosta.

I loved that show.

To be honest, it was considerably better in concept then execution. I found it a bit too monotonal, to crimped by the same eye-glazing format, and although there was a reported segment each night, there was too much talking and too little showing.

Then, despite the incredible, urgent topicality of the show – and my best efforts — the rating sucked. They were so bad that Tucker Carlson mocked CNN, instead of the other way around.

Which leads to what is inevitably the most persuasive argument against taking the path I have charted for CNN: that it won’t make money; that entertainment is what the public increasingly wants from its “news”, not earnestness.

I have no compelling answer to this argument, other than to hope that it could build a market, that civil society could help build that market, and that influencers could encourage people to tune in.

And keep in mind that Cronkite reached nearly 30 million people a night — about 50 times what CNN gets right now. We desperately need media that brings us together again, sharing a common sense of reality. It’s worth a shot. 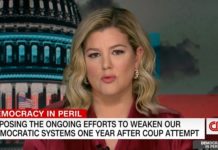 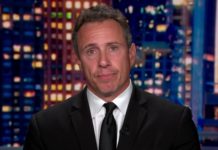 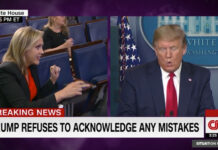