Journalists writing about the U.S. role in the war in Ukraine should spend some time reviewing the coverage of the invasion of Iraq in 2003.

There is nothing in that history that in any way excuses Vladimir Putin for the horror and carnage he has inflicted upon Ukraine. But it does suggest that reporters – and policymakers — should consider assessing the U.S. actions there with a little more humility, skepticism, and hesitation.

In the run-up to the war in Iraq, American journalists were overly deferential to official U.S. statements and ended up enabling misinformation and manipulation rather than serving as watchdogs. They wrote enthusiastically about the march to war, rather than questioning the necessity of war. It turned out to be a horrible tragedy in terms of U.S. servicemembers killed and wounded, Iraqi lives destroyed and lost, money wasted, moral authority misspent, and geopolitical backfires.

The wars in Iraq in Ukraine are, in some ways, incredibly different. Ukrainians are heroically fighting back against the invaders, rather than surrendering then fighting occupation forces and each other. Ukraine is a struggling democracy, rather than a dictatorship. The dictator is the one who’s invading.

But there are also some eerie parallels between the two wars. In both cases, a popular rogue president sent soldiers to invade a sovereign country and fight an illegal war under false pretenses. The leaders predicted the invaders would be greeted as liberators. Both militaries used cluster munitions and aerial strikes that unnecessarily killed civilians.

Torture and other atrocities were committed, both by Russia and the U.S. — in the U.S.’s case, certainly, with approval from the highest levels of government.

Those are the parallels between the U.S. and Russia. There is also some similarity between the U.S. bravado now and then, even though we’re on defense this time. In both wars, U.S. officials predicted victory without defining what victory means, or how the fighting ends. Then, as now, they insist that victory will lead to dramatic positive change in the international order.

And just like 20 years ago, the U.S. media is cheerleading for war, marginalizing voices of restraint and peace, while amplifying those of the armchair warriors.

I call attention to this not to encourage media whataboutism. Iraq is no excuse for Ukraine. But Iraq is a reminder of how we are not always the good guys; that what seems like a good idea at the time can end up making things much worse; and that the press’s role should be to aggressively question every act that leads to death and destruction, even if the intent seems noble.

Thinking back to Iraq also provides an opportunity to consider how things look to the other side. How would we have felt if Russia was overtly and generously arming the Iraqis who were killing our soldiers? How would we have reacted if Russian intelligence had tracked our generals and told Iraqi artillery battalions exactly where they were? Or if they helped them sink one of our ships?

Personally, I don’t sympathize in the least with Putin, or with Russian soldiers who attack civilians and engage in atrocities. I think they should withdraw from Ukraine immediately. I’m not even feeling very sorry for the Russian people, because they continue to support Putin and the war (although I am sensitive to the fact that media manipulation and nationalism can badly warp public opinion).

But I think it’s worth actively remembering that there are times, especially at war, when things we believe at the time turn out to be wrong.

Plus, it’s always worth asking why our elected officials privilege and the media spending on weapons above all other things – $800 billion in U.S. military spending in 2021, and now $20 billion more to arm Ukraine. Why don’t we read articles asking if we can afford to pay for those?

And it’s worth having all these issues debated in the media, rather having the only quotes pushing back on administration proposals come from Putin’s spokespeople.

Asking questions and encouraging debate doesn’t mean you’re a Putin apologist or a Trumpian neo-isolationist. It means you remember history. 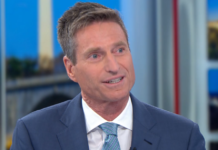 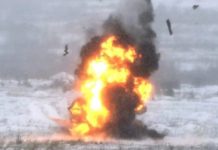