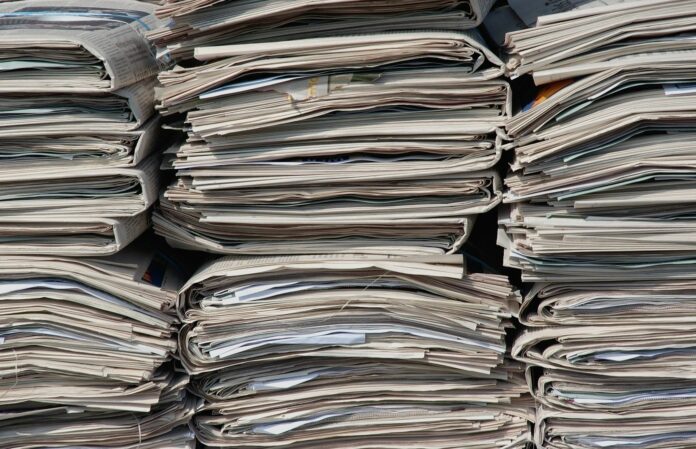 The ultimate antidote to what ails political journalism today is context.

Dan Gillmor (@dangillmor), director of News Co/Lab at Arizona State University, wrote an open letter to journalists in August 2018, urging them to reassert themselves in the Trump era by doing a better job of responding to the public’s information needs. Providing more context was high on his to-do list:

Today’s short-attention-span breaking news coverage amounts to mini-scoops followed by maxi-repetition and, typically, zero explanation of where the latest bit of news fits in the larger picture — the classic focus on trees while missing the forest. As Todd Gitlin put it recently, ignoring context is like “reporting a baseball game as if people in uniforms are running around a diamond and chasing a ball for no apparent reason at all.”

And that doesn’t necessarily mean doing a lot of extra reporting. It may mean just remembering.

Matt Thompson (@mthomps), who oversees the Center for Investigative Reporting’s newsroom, has been particularly eloquent about the absence of memory in news reporting. Back in 2009, he wrote for Nieman Reports:

For the longest time, whenever I read the news, I’ve often felt the depressing sensation of lacking the background I need to understand the stories that seem truly important. Day after day would bring front pages with headlines trumpeting new developments out of city hall, and day after day I’d fruitlessly comb through the stories for an explanation of their relevance, history or import. Nut grafs seemed to provide only enough information for me to realize the story was out of my depth.

Thompson concluded that there are three key parts of news stories that are usually missing. The second is an explanation of how journalists know what they know. The third is what journalists don’t know but would like to.

The first is: “the longstanding facts”:

At the scale of news, almost every story looks complicated. Health reform is an impossible-to-follow morass of Congressional committees, policy proposals, industry talking points, and think tank reports. Pull back the lens a bit, however, and you see a fairly straightforward story whose basic contours haven’t changed all that much since 1994.

There is a universe of facts that stay essentially fixed from day to day. Tomorrow, we can be virtually certain that the three basic problems health reform seeks to solve will remain the same as they were last year: effectiveness, cost, and access to care. The same individuals will be heading the same committees they were in the spring. Lobbying groups on different sides of the equation have staked out slightly different positions than they did 15 years ago, but these shifts have been telegraphed over years, and everyone was well-nestled into their respective corners by June. Understanding the forces that combined to defeat health-care reform in 1945 and 1994 will give you a solid vantage point from which to understand the battle in 2009.

The story is much more manageable at this level. Everything that’s changing day-to-day — the news — is the hardest-to-understand component of this picture.

And this is key: To follow the news, you have to grasp the longstanding facts. Without this, headlines about “the public option” and “employer pay-or-play” and “MedPAC” are just noise. Having this basic understanding creates the desire for news.

In reality, these longstanding facts provide the true foundation of journalism. But in practice, they play second-fiddle to the news, condensed beyond all meaning into a paragraph halfway down in a news story, tucked away in a remote corner of our news sites.

Putting a story in context should often involve framing it within a much larger story.

Amber A’Lee Frost, a free-lance writer and co-host of the leftist comedy podcast Chapo Trap House, wrote for the Columbia Journalism Review in winter 2019 that the New York Times is effectively a lightweight compared to the Financial Times, because the latter “covers the world as it is—a global battle not of ideas or values, but of economic and political interests.”

“[T]he FT does not lose itself in the mire of myopic American culture wars, which very rarely breach the surface of material politics and/or economics…

[I]t’s pretty clear that the world remains a raging battle between the haves and have-nots. Karl Marx knew it, your average Detroit autoworker certainly knows it, and Edward Luce of FT knows it.

Another way of framing the news could be in the context of the growth of authoritarianism.

Umair Haque (@umairh), a business journalist who writes frequently about the ongoing American collapse, wrote on his website in August 2019:

The establishment failed — and still fails — to tell the story of authoritarian-fascist collapse. Which always goes like this. A stagnant economy, a sinking middle class, despair, ruin, pessimism. Bang! Demagogues who blame fresh and growing poverty on a society’s weakest — it’s immigrants, refugees, foreigners, etc, anyone different. Bigotry, misogyny, supremacism, all the forms of hatred re-emerge. They grow in violence — among those who feel entitled, but abandoned. Soon enough, these regressive factions seize political power — and begin in earnest the project of reshaping a society wholesale for the “pure” and the “true.” This sequence — which happened in Weimar Germany, in Islamic countries, which is happening now in China, too — is classical. And yet not once so far as I know has the American media establishment told the story — not even at this late date. So who can blame Americans for not knowing any of it really?

Another frame could be racism. Or the frame could be climate change, something that the Columbia Journalism Review, the Nation and the Guardian recognized when they joined forces to create Covering Climate Now, a project aimed at encouraging more news outlets “to make it clear to their audiences that climate change is not just one more story but the overriding story of our time.”

Using the News as a Peg for a History, Civics, or Economics Lesson

News stories can also be a great peg for a needed history lesson. Nikole Hannah-Jones (@nhannahjones), who writes about racial injustice for the New York Times Magazine, noted a missed opportunity amid the coverage of a federal judge’s ruling upholding Harvard University’s affirmative-action policies:

I really wish that stories on affirmative action would actually address the history of why it exists, *who* it was intended for and how POC cannot all be lumped together when only one group experienced chattel slavery and had the racial caste system built upon them.

Dean Baker (@DeanBaker13), senior Economist at the Center for Economic and Policy Research, has been critiquing economic reporting for more than a decade on his Beat the Press blog.

In a January 2018 university lecture, he said that the first of four areas in which he argued reporting has largely failed the public is putting numbers in context:

There is perhaps no area of economic reporting that I find more frustrating than the failure of reporters to put numbers in a context that is understandable to their audience. I say this because it is not really an arguable point. When a news story tells readers that, “the federal government will spend $180 billion on transportation over the next six years,” it might just as well have said “the federal government will spend a REALLY BIG NUMBER on transportation over the next six years.”

The audience for the elite news outlets is highly educated, but as a practical matter very few readers of The New York Times or listeners to National Public Radio have any idea how much money $180 billion is to the federal government over the next six years. They spend their days working and their time off is with their families or dealing with other responsibilities. They are not reading documents from the Congressional Budget Office or Office of Management and Budget. On the other hand, if these outlets reported that it would be 0.8 percent of total spending or $100 per-person, per-year, it would be providing meaningful information on the size of the transportation budget.

Beat reporters have a huge advantage when it comes to adding context to their reporting – if they’ll slow down long enough to put some in, and their editors won’t take it out as editorializing.

But political journalists — especially on cable TV news —  too often turn to quotable pundits with predictable takes on the news, when they should either be writing with authority based on their own knowledge and experience — or, alternately, seeking out actual experts.

Academe is full of them.

The Washington Post website hosts an under-appreciated gem called Made by History, which features articles by historians situating today’s headlines in their larger historical context. It’s a great resource.

So is SciLine, which provides journalists with timely access to trustworthy, articulate experts about science-related issues.

Personally, I’m a big fan of writing primers and adding copious links to stories as a way of providing context — although that doesn’t preclude the need for a few paragraphs in the story.