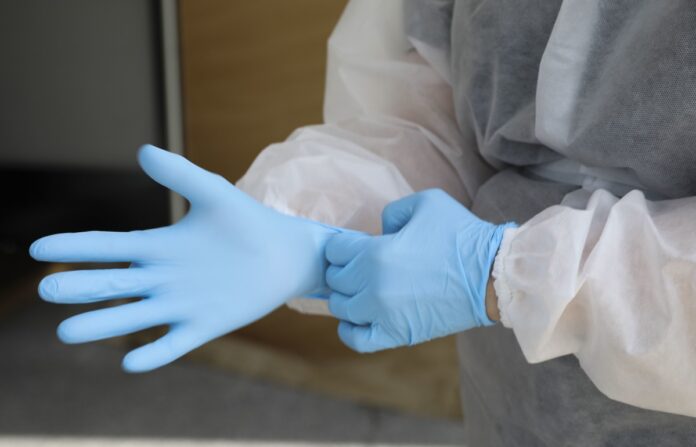 The single most disastrous element of the failed federal response to the Covid-19 pandemic is Donald Trump’s continued refusal to launch a massive federal effort to develop the capacity to test more Americans for the virus.

Without magnitudes more testing, public health experts agree, reopening the country is a death sentence for countless Americans, particularly the less affluent. And only the federal government is capable of what’s required.

On Wednesday, Trump explained himself with an extraordinarily revealing quote – one that included both a lie and a confession.

“In a way, by doing all this testing we make ourselves look bad,” Trump told reporters.

It was a lie because the number of tests administered in the U.S. – currently about 7 million – is tiny compared to the actual need.

And it was a confession because Trump was acknowledging that he sees testing as a matter of his own political health rather than the public’s.

The context of his comment was also revealing, because he was speaking entirely about the public perception of the problem rather than the problem itself — and started off by ascribing ill intent to the media for accurately reporting its extent.

“So the media likes to say we have the most cases, but we do, by far, the most testing,” he said. “If we did very little testing, we wouldn’t have the most cases.  So, in a way, by doing all of this testing, we make ourselves look bad….  Otherwise, you don’t know if you have a case.  I think that’s a correct statement.”

To Trump, knowing you have a case – which, of course, allows people to get proper treatment, and to isolate themselves so they don’t infect others – has no positive value. It’s just bad optics

Trump also repeated one of his most flagrant lies about testing, saying “We’ve done more testing than every other country combined, wouldn’t you think?” This is something he’s asserted at least four other times as well, and it’s pure lunacy.  A quick look at the stats shows that Russia, Germany and Italy combined have done more testing than the U.S., and a little number crunching shows the U.S. has done less than a fifth of the total tests worldwide.

The significance of what Trump was saying was obvious to some observers:

If you want to know why we have no national testing program, you just need to listen to what Trump said yesterday:

“By doing all this testing,” Trump said, “we make ourselves look bad.”

The lack of tests isn’t accidental. It’s by design.

Trump: “In a way, by doing all this testing we make ourselves look bad.”
This is pretty stunning. The key is that we—i.e., Trump—not look bad. Trump’s basically saying that his political health is more important than our public health. https://t.co/pKDbLoDJEE

At the same time, CNN’s Jake Tapper was reporting that “some on the task force and in the administration have been urging President Trump to take the lead on an ambitious national testing program” that would include forcing companies to manufacture tests and reagents and mandating that labs expand their ability to test.

“But President Trump so far has rebuffed those suggestions,” Tapper said.

Some in the Trump administration are urging the President to take the lead on a national testing program and invoke the Defense Production Act to help build the infrastructure for it. “Pres. Trump, so far, has rebuffed those suggestions,” @jaketapper reports. (corrects spelling) pic.twitter.com/AAvo9FFZ5a

Our major news organizations should have been all over Trump’s revealing comment, and its context. It should have been the news peg for angry lead stories about Trump’s ongoing, calamitous failure to save American lives: The man is blocking desperately needed testing and he blames the testing we have for making things “look bad”. That’s a solid news story.

Washington Post reporter Philip Bump, in a story that was largely about press secretary Kayleigh McEnany’s hypocritical straw-man argument against universal testing, only eventually took note of Trump’s comment, writing that it offered “insight” into “why he is reticent to embrace widespread testing.”

And, as Bump noted: “This would not be the first time Trump has indicated that the number of cases is of more concern to him than the affected individuals. In early March, he said he didn’t want to transfer potentially infected passengers off a cruise ship for treatment because he worried it would spike the number of recorded cases in the United States.”

In their daily White House newsletter for Newsday, William Goldschlag and Dan Janison hit it on the head, writing:

Trump resists making testing even more prevalent, and he gave a clue about the reason in remarks on Wednesday: He seems worried about how the numbers look and how they might reflect on him….

The purpose of testing, of course, is not just to confirm the illness in people showing symptoms but to prevent those who are feeling fine — yet carrying coronavirus — from spreading it to others who could get sicker or die.

But over at the New York Times, Peter Baker focused mostly on Trump’s use of the war analogy, and only briefly noted Trump’s comment.

(If you want to read about Trump’s war rhetoric, read Los Angeles Times reporter Chris Megerian instead. Megerian points out how a bunch of non-volunteers are being sent into battle without a strategy and without the necessary equipment. He also quotes Ashish Jha, director of the Harvard Global Health Institute, as saying: “People who are dying of this virus are not dying to protect the American way of life. They’re dying because their government has had a completely ineffective response to this infectious disease.” Great stuff!)

As for covering Trump’s confession, luckily, Washington Post opinion writer Greg Sargent was there to provide the clarity that so often eludes his news-side colleagues. “President Trump is prioritizing his efforts to create the illusion that the country is returning to normalcy over taking concrete steps that might make that actually happen safely,” Sargent wrote on Thursday.

The real job of being president is just way beyond him, and every serious reporter in Washington knows that.

CNN’s Tapper led his broadcast on Thursday with a report on testing. He quoted Trump’s comment about tests looking bad, then adding: “We should clarify: That’s testing for you, he’s talking about. The White House tests its officials and visitors regularly.”

CNN’s @jaketapper offers some perspective on the US coronavirus death toll: “There are more people that have died from coronavirus in this country than you see in this photo” of Michigan State’s Spartan Stadium. pic.twitter.com/HuFnhSGhFJ