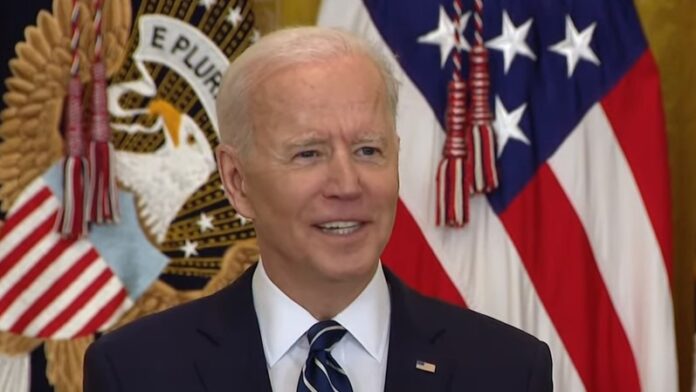 The White House press corps’ abysmal failure to ask important questions about pressing issues during President Biden’s first news conference on Thursday was the clearest demonstration yet of the contrast between what the political media cares about and what is real.

There were no questions about any element of the Covid crisis  – not the vaccine, the prognosis, the economy, nothing! – although it’s by far the most important issue on any normal person’s mind right now. There were no questions about the substance of Biden’s ambitious plans related to infrastructure and climate change, immigration and voting rights.

Instead, the questions reflected the insider, horse-racy obsessions of the political press corps. There were repeated questions about the filibuster, and about the 2024 election(!).

There were several contentious questions about the situation at the border, which the right-wing is intent on turning into a cause for hysteria — with the mainstream media’s collaboration. The first border question, from PBS’s Yamiche Alcindor, contained such a false and loaded assumption – direct from far-right talking points – that Biden actually fact-checked it.

Alcindor told Biden that “the perception of you, that got you elected as a moral, decent man, is the reason why a lot of immigrants are coming to this country and trusting you with unaccompanied minors.”

Biden corrected her, explaining that it was largely a continuation of normal trends. “Does anybody suggest that there was a 31 percent increase under Trump because he was a nice guy, and he was doing good things at the border? That’s not the reason they’re coming.”

And NBC’s Kristin Welker suggested that Biden’s decision to roll back Trump executive orders “too quickly” worsened the situation at the border —  leading Biden to correct her, as well.

After four years of the media desperately needing to reality-check the president (and often failing), now the president was the one talking about things that mattered and marveling at not one but two reporters asking about the 2024 election. “Look, I don’t know where you guys come from,” he told CNN’s Kaitlin Collins.

Reporters certainly should have known that Biden was not ready to make any major pronouncement about the filibuster, but they kept asking, over and over again – including this totally wasted question (was it supposed to be a gotcha?) from Washington Post reporters Seung Min Kim: “Do you believe it should take 60 votes to end a filibuster on legislation or 51?”

What sounded at first like an important question about voting rights turned into a pathetic example of false equivalence, when CBS’s Nancy Cordes raised the issue of how “Republican legislatures across the country are working to pass bills that would restrict voting” — but ended up asking if Biden was “worried that if you don’t manage to pass voting rights legislation, that your party is going to lose seats and possibly lose control of the House and the Senate in 2022?”

Biden essentially corrected her, too. “What I’m worried about is how un-American this whole initiative is. It’s sick. It’s sick.”

If reporters were trying to show they could be tough against a Democrat, their attempt backfired terribly. Far from knocking Biden off message, the vapidity of the questions actually strengthened Biden’s central theme: That regardless of what others are up to, he’s just trying to get stuff done.

“I got elected to solve problems,” he said. “And the most urgent problem facing the American people I stated from the outset was COVID-19 and the economic dislocation for millions and millions of Americans. And so that’s why I put all my focus in the beginning —  there were a lot of problems, but all my focus on dealing with those particular problems. And the other problems we’re talking about from immigration to guns and the other things you mentioned are long-term problems. They’ve been around a long time, and what we’re going to be able to do, God willing, is now begin one at a time to focus on those as well. And whether it’s immigration or guns or a number of other problems that face the country.”

White House reporters should be tough on the president – on every president. But that doesn’t mean asking questions based on their own obsessions or right-wing talking points. It means coming at the president with tough questions on behalf of the American public. It means pushing him to govern better, more humanely, and more transparently.

The questions about the border were a particularly missed opportunity because to the extent that it’s worth asking about, the focus should have been on whether his polices are humane and effective in the long run. Reporters pressed him about the overcrowded conditions for the unaccompanied minors being allowed to remain in the U.S. after they’ve crossed the border – but ABC’s Cecilia Vega, for instance, seemed outraged that by letting young people in Biden is “encouraging” more to come.

Biden should have been asked why he continues to use the draconian Trump-era policy known as Title 42 to turn back everyone but unaccompanied children and keep the border closed. “They should all be going back. The only people we are not going to let sitting there on the other side of the Rio Grande with no help are children,” Biden said. 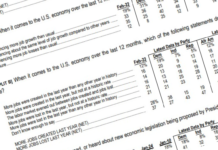 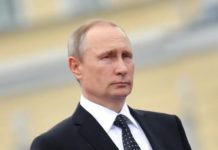