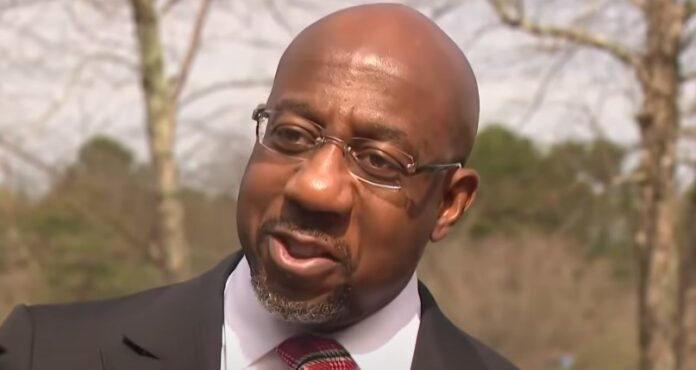 Suppressing and controlling the vote has become the Republican Party’s most urgent and most defining political issue, putting Washington reporters in the uncomfortable position of having to choose between covering it like any other partisan squabble — or as the grotesque, racist, anti-democratic sequel to Trump’s Big Lie that it is.

This really shouldn’t be a hard one.

Reporters should be covering the battle over voting as a civil rights issue. They should be putting it in the context of the urgent need to bind the injuries our democracy has suffered, not deepen them.

The principle that everyone deserves a vote, that every vote counts, and that every vote should be counted ought not be controversial – it is one of several principles, including accountability, transparency, and fair play, to which American journalists have historically been proudly devoted.

"I believe that democracy is the political enactment of a spiritual idea. …that all of us have within us the spark of the divine, the imago dei, some sense of the image of God, and therefore we ought to have a voice in the direction of the country and our destiny within it." pic.twitter.com/AW3xI3Fdug

Yet because Republicans and Democratic leaders are, indeed, on dramatically opposite sides here, the voting debate is obviously political as well. And that makes it the domain of the swollen, self-important, super-savvy political press corps, where “taking sides” is considered a failing.

As it happens, most political reporters did eventually “take sides” on Trump, finding the courage to call out his lies in increasingly simple, straightforward terms.

But going forward, as they cover how Republicans across the country are using his biggest lies as a blueprint to undermine democracy, they are backsliding – sometimes spectacularly.

Beltway media creature Josh Kraushaar, a managing editor(!) at the National Journal, actually wrote a column last week proposing that reporters stop getting caught up in the parties’ different views about voting rights and instead “start calling out partisan power plays for what they are.”

Here’s how the National Journal tweeted the piece:

Both parties are trying to game the election rules to their advantage. But the Democratic effort in the House is being hailed as a reform, while GOP efforts are slammed as voter suppression.@HotlineJosh's latest "Against the Grain" https://t.co/ywLydTi3yg pic.twitter.com/7Zfu32yhxK

The twittersphere screamed in agony. Politics professor Brian Klaas offered a translation: “Both the arsonist and the firefighter interact with fire. But the firefighter’s efforts are being hailed as anti-fire, while the arsonist is being slammed as pro-fire.” MSNBC host Mehdi Hasan called it “one of the worst, most dangerous, most inaccurate ‘both sides!’ takes of 2021.” And history professor Thomas Zimmer wrote: “This is obviously written in bad faith. But even if it weren’t, think about how little you must value democracy to argue that ‘saving and extending voting rights’ and ‘curtailing the right to vote for specific groups’ are equally legitimate forms of ‘gaming’ the rules.”

But Kraushaar is not alone in wanting to treat this simply as a partisan dispute. As I wrote last week, when CBS’s Nancy Cordes brought up GOP moves to restrict voting at Biden’s March 25 press conference, her question was not about the danger to democracy, but about whether Biden was “worried… that your party is going to lose seats and possibly lose control of the House and the Senate in 2022?”

Most political reporters, from what I see, can’t quite bring themselves to take Kraushaar’s advice. The moral stench around the Republican efforts is simply too overwhelming to ignore.

So the more common political-reporter approach, at least so far, is to provide the audience with the necessary indications of how outrageously anti-democratic the Republican actions are — but only by attribution, to “critics” or “Democrats.”

Democrats say that Republicans are effectively returning to one of the ugliest tactics in the state’s history — oppressive laws aimed at disenfranchising voters https://t.co/zMxB2w6Jmb

That tweet, too, was savaged on Twitter, although the actual story, by Richard Fausset, Nick Corasaniti and Mark Leibovich, wasn’t nearly so timid. It declared unequivocally, for instance, that the new barriers “will undermine pillars of voting access“ and “will have an outsize impact on Black voters” – statements that indeed need no attribution.

It seems to me that the greatest problem and opportunity for political reporters covering this story is explaining the GOP’s motives. It’s a problem because Republican proponents of these bills are only very occasionally going to be honest about those motives. But it’s an opportunity because those motives are so obvious that it really shouldn’t be that hard to make some clear, declarative statements about it.

Some facts: The sudden Republican legislative push (361 bills with restrictive provisions in 47 states) is an observably direct response to higher minority turnout and Trump’s failure to overturn the election. Most of the voting changes are plainly targeted at reducing the Black vote. And the attempt to give Republican-controlled legislatures more power is self-evidently intended to allow state officials to overturn the popular vote.

Republican Party officials have put forth not one, good-faith, evidence-based argument to support these moves, nor to contradict the obvious conclusions. None of the things they say need fixing are broken, except in their own fantasies. The lack of faith in the system was the result of lies, not policies. There was no systemic fraud.

Here’s an admirably succinct explanation from New York Times columnist Jamelle Bouie: “Republicans are using the former president’s failed attempt to overturn the election as a guide to how you would change the system to make it possible.”

The most charitable Republican explanation that is at least nominally based in reality is that because there was so much mail-in voting, and because Trump disparaged it, Republicans don’t trust the system anymore. So, as Emma Kinery wrote for Bloomberg, Republicans defend their proposals “as necessary to restore faith in the system for Republican voters.”

But that’s still ludicrous. If they want to restore faith in the system, as Washington Post opinion writer Greg Sargent explained, they could do so simply by telling the voters the truth: “That the election was an inspiring success amid very difficult conditions — and its outcome was unimpeachably legitimate — precisely because of the integrity of election workers everywhere.”

On the rare occasions when Republicans do basically admit what they’re up to – as when Arizona state Rep. John Kavanagh said that “quantity is important, but we have to look at the quality of votes, as well” — reporters shouldn’t need to quote “critics” saying that’s straight out of Jim Crow. It just is.

The interesting case of the Associated Press

Several months before the election, Associated Press deputy managing editor Noreen Gillespie announced a major initiative – underwritten by the Carnegie Corporation of New York – to report on voting, “particularly focused on the tactics that reinforce systemic racism, and alienate voters of color from participating on Election Day.”

Presumably as a result, some AP stories have been refreshingly blunt. Anthony Izaguirre and Ben Nadler led a Feb. 23 article like this:

Fueled by Black turnout, Democrats scored stunning wins in Georgia in the presidential and U.S. Senate races. Now, Republicans are trying to make sure it doesn’t happen again.

AP reporters Ben Nadler and Jeff Amy noted the record turnout, then quoted Georgia Gov. Brian Kemp: “After the November election last year, I knew, like so many of you, that significant reforms to our state elections were needed,” Kemp said.

But old habits die hard, even when management is on the right side.

And in the second story, the reporters also quoted – unrebutted – some nonsense excuses from other Republicans, such as that cutting the time to request absentee ballots will increase the likelihood that they are counted, or that it’s a “temporary fix” until “after the problems are resolved.”

Another way to avoid taking sides on whether people should be allowed to vote or not is to focus on the process.

Even as Republicans at the state level are trying to restrict voting, Democrats in Washington are pushing their “For the People Act,” a sweeping package of voting rights, election, ethics and campaign finance measures aimed at expanding the franchise, reducing the influence of money and fighting political corruption.

The bill doesn’t get nearly as much coverage as it deserves, and when it does, political reporters are more interested in – one could even say obsessed with – whether Democrats will abolish the filibuster to pass it than they are discussing its substance or asking  Republicans why they oppose it. Ian Bassin, founder of Protect Democracy, tweeted:

The craziest thing about all of this is that reporters are missing a great story here: How the voter-repression fervor, being both profoundly anti-democratic and racist, is an expression of white supremacy; and how white supremacy continues to animate the Republican Party even after Trump.

Why newsrooms aren’t excited about exposing and decrying white supremacy is of course a bigger question, and one that can’t be disassociated from the way many newsroom leaders squelch or just ignore the voices of their staff members who aren’t white men.

Newsrooms refuse to call Republicans' voter suppression bills "voter suppression" for roughly the same reason @USATODAY fired @hemjhaveri — they don't view identifying the vast-reaching tentacles of white supremacy as an objective pursuit; they see it as a threat pic.twitter.com/glMqkvWisU

So it’s all very complicated.

I realize that political reporters are under a vast array of pressures — from both outside their news organizations and within – to not appear biased, to keep getting scoops from both sides, to appear above the fray.

I realize that the raison d’être for political reporters – creating an informed electorate – feels, let us say, increasingly elusive.

But defending the right of the American people to vote and have their votes counted has got to remain a core value, or what are you? 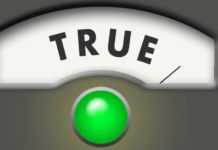 Was Biden right? Or was Biden wrong? The national media won’t say 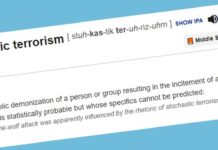