Asked by the Capitol Police inspector general why they failed to heed their own intelligence unit’s dramatic and dire warning on Jan. 3 that violent protesters would be targeting the Capitol three days later, top department officials said the report wasn’t specific enough.

That Jan. 3 intelligence report literally alerted officials that “white supremacists, militia members, and others who actively promote violence” had been summoned by Donald Trump himself and could create “significantly dangerous situations for law enforcement and the general public alike” because “unlike previous post-election protests… Congress itself is the target on the 6th.” It said that organizers were urging Trump supporters to come with guns, gas masks, and body armor.

But the inspector general conducted interviews with Capitol Police officials and found what he called “a lack of consensus” among them about whether that intelligence report and others “actually indicated specific known threats.”

The officials instead pointed the inspector general to a daily update from a single analyst who apparently operated without supervision and who labeled the likelihood of civil disobedience or arrests that day by a “PRO-TRUMP group” (capitalized in the original) as “improbable.”

This new but hardly convincing explanation comes from a secret official review of the events of Jan. 6 by Capitol Police inspector general Michael A. Bolton. CBS News reporters Michael Kaplan and Cassidy McDonald broke the news about the review’s conclusion two weeks ago after obtaining a copy.

CBS reported that Bolton found that the Capitol Police “did not prepare a comprehensive, Department-wide plan for demonstrations planned for January 6, 2021.”

Rep. Zoe Lofgren, the head of the House Administration Committee, called the review’s findings “disturbing,” and has called Bolton to testify on Thursday.

To some extent, the review bolsters what we might call the Keystone Kops defense – that Capitol Police leadership was simply too incompetent, uninformed and unprepared to respond properly.

But the threat was so obvious, so overt, and so well-publicized that incompetence alone can’t explain the failure to mobilize – especially compared to how over-enthusiastically the department deployed officers to Black Lives Matters protests that never posed any danger to the Capitol.

On Jan. 6, Capitol Police chief Steven Sund, who has since resigned, didn’t equip his frontline officers riot gear, tear gas, or any other non-lethal crowd-control weapons. Instead of establishing a defensible perimeter, he sent them out in street uniforms to man barricades made of bike racks. One officer died, and the Capitol fell to a mob.

I’ve been writing since days after the insurrection that the biggest mystery about the insurrection is why the Capitol Police — which could have stopped it — let it happen in the first place. I called on reporters to investigate the obvious possibility that Capitol Police leadership felt a kinship with the Trump mob, and either were too racist to see the threat posed by Trump supporters or looked the other way on purpose.

Since then, the mainstream media coverage has continued to skirt around this crucial question. Reporters have credulously accepted the framing of “intelligence failure” — despite that in-your-face Jan. 3 report, which pretty much laid out exactly what would happen. They have inanely focused on the non-distribution of one single Jan. 5 FBI situational report based on one single thread on one message board, rather than on the leadership shrugging off that far clearer and more direct Jan. 3 report.

They’ve barely mentioned the elephant in the room: Racism. As Rep. Cori Bush said that very night on MSNBC: “Had it been people who look like me, had it been the same amount of people, but had they been Black and brown, we wouldn’t have made it up those steps… we would have been shot, we would have been tear gassed.”

The inspector general’s report remains secret, despite requests from members of Congress to release it. The part of the review that I obtained – on condition that I not replicate it  — focused on the failed threat analysis.

But to be honest, it’s not particularly edifying or compelling. Its big recommendation in this area are for more training and coordination.

That memo should be made public. Members of Congress should read it out loud.

The inspector general’s report doesn’t explain why the daily report written by a “single analyst” who has compiled it “for a number of years.. without supervisory review” conflicted so dramatically with the “finished intelligence report” from his own department.

It does note that the finding of “no specific known threats” made it into a Capitol Police “operational plan” for Jan. 6  — although officials told the inspector general that language was apparently copied and pasted from a copy of a previous document in error.

But the part of the report I saw doesn’t get into why officials weren’t more alarmed. It doesn’t address the either covert or overt role of racism. I see no sign that, to this day, anyone – not the inspector general, not congressional overseers, and certainly not journalists – has gotten hold of contemporaneous correspondence between the key players or any other evidence that would offer insight into their states of mind.

So we still don’t know why they let it happen. 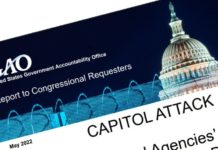 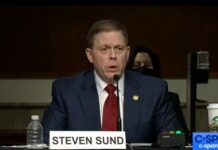 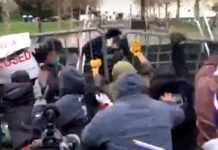