The corporate news media has proven itself incapable of recognizing and properly responding to the signs of doom.

Political reporters casually relate the conventional wisdom that the GOP will regain Congress in 2022, that Trump will run in 2024, and that he might well win – without raising alarms about how that would end any hope of actual governance in two years, and lead to a virtual dictatorship in four.

They see desperately needed action on climate change as a political bargaining chip and no more.

They barely even mention gaping wealth inequality and the failure to redress grievous racial injustices.

These are existential dangers to our democracy, our way of life, and our core values. But our top journalists have chronically underplayed these threats, treating them as old news, or as partisan concerns, and refuse to reassess how they go about their work.

The default position in our most influential newsrooms is to be skeptical of change. It may not be a conscious embrace of the status quo, but that’s what it amounts to – even if the status quo is leading us to doom.

Any proposed change is controversial, to be scrutinized and challenged. Journalists enthusiastically cover the partisan battles over change, making sure to treat both sides as having an equal claim.

They focus on optics and strategy rather than policy and people. (That’s why I so cherished this  rare and beautiful article buried on page A13 of the New York Times on Tuesday  by Zolan Kanno-Youngs and Jim Tankersley about what’s really at stake during the back-and-forth about President Biden’s ambitious social and economic policy agenda.)

But if we are facing doom – and we are, on several fronts – then the questions the media should be asking are about why the pace of change is so slow.

Is this change enough? Why isn’t there more change? And, most crucially at this moment, who and what is preventing change? And for God’s sake, why?

Rather than obsess over price tags – especially when it’s to the exclusion of everything else – journalists should constantly be trying to assess the cost of inaction.

But instead, obstruction and resistance are privileged. Reporters, for instance, have long accepted it as a given that Republican members of Congress will obstruct any kind of change proposed by Democrats. And on a practical level, they’re certainly correct. But why is it only Democrats who are being asked why they don’t compromise? What are Republicans proposing to make things better? What alternatives do they support?

When Republicans killed a post-George Floyd police reform proposal that even the Fraternal Order of Police had endorsed, political reporters yawned, and didn’t bother to push Republicans beyond their cynically deceitful talking points.

As the Republican Party has adopted the Big Lie as a doctrinal truth and is openly setting the stage to subvert democratic elections that don’t go their way, political reporters write about it once in a while — when they should be screaming it from the rooftops, and certainly mentioning it in every story about politics.

This could be the last, best chance to decarbonize the country before it’s too late, but articles to that effect are rare and overwhelmed by speculative reporting about what’s going through Krysten Sinema and Joe Manchin’s heads.

Meanwhile, officials who are trying to govern — from the local school board all the way to the White House – are increasingly (not decreasingly) besieged by literally deranged people.

If you think deranged and racist people make up more than half the voting population, then yeah, we’re screwed. But if not, then what could possibly be more urgent and crucial than laying the journalistic groundwork for an informed, forward-looking consensus based in reality?

Amazingly enough, it’s not-extremist (and not beholden) Republicans who are sounding the alarm more than journalists.

Miles Taylor and Christine Todd Whitman – a Trump DHS official and a George W. Bush EPA chief – wrote in the New York Times  the other day that the only way to save the Republican Party from extremists is to vote Democratic.

Bush speechwriter and Washington Post columnist Michael Gerson described “the nightmare prospect of American politics — unified Republican control of the federal government in the hands of a reelected, empowered Donald Trump in 2025” and concluded:  “The weather forecast includes the apocalypse.”

It sounds ridiculously partisan – and therefore, terribly unjournalistic – to suggest that one party has gone crazy and will do untold damage if it’s returned to power in its current incarnation. But that’s where we are.

And yet, as I wrote in my mission statement the other day, political reporters in their incremental, day-in-day-out political coverage don’t just cast the GOP as a viable alternative to Democrats, they actually predict Republicans will retake at least one chamber in 2022, and quite possibly the White House in 2024. Without explaining how dangerous that would be.

The effect is to normalize the decision to vote for an extremist, nativist, anti-governance party – to normalize zero accountability for lying and delusion. And rather than help reasonable, sane people who happen to be tribally Republican see how off-the-charts their party has gone, it makes the upcoming elections seem just like any other.

There is incredible inertia behind the current way of doing things in journalism, which is led by powerful people who have staked their reputations on it. I suspect there’s no better way to get marginalized in an elite corporate newsroom than to suggest that the old ways are making things worse, not better.

But there’s another factor at play, too. You can see it in how reporters continue to cover Biden like Trump – like he’s the only person in the government who matters – and how they seem disappointed that he isn’t the same kind of larger-than-life figure, isn’t as entertaining, isn’t as dominant. Isn’t as much fun to write about.

Which makes me worry that it’s not that reporters and their editors are ignoring the prospect of doom, or don’t care. It’s that they’re looking forward to the adrenaline rush of covering it. 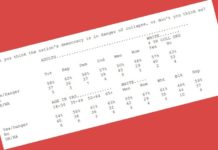 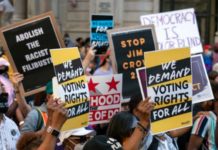 By their acts, top newsrooms reject calls to be ‘pro-democracy’ 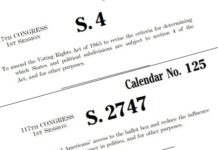 What’s in the election bills? Reporters don’t care and won’t tell you.