Jackie Calmes, a veteran former New York Times White House reporter, lit up media Twitter over the weekend with a powerful and heartfelt plea to her former colleagues to abandon false equivalence when covering the two political parties.

In an opinion column for the Los Angeles Times headlined “Why journalists are failing the public with ‘both-siderism’ in political coverage” Calmes wrote that despite “pressure both ingrained and imposed by editors” to produce “balanced” stories, reporters should no longer treat the Republican Party like it’s “on the level”.

“The one thing I would love to see happen in Washington reportage is to eliminate false equivalence once and for all,” Calmes said in an interview with Press Watch.

But since that’s probably not very realistic — certainly not anytime soon — there’s one simple, straightforward thing she said journalists can and should be doing right now.

Calmes called on all reputable media organizations to take a concrete first step towards ending false equivalence by vowing never to use a quote that reporters and editors know is a lie without immediately refuting it.

“If you quote someone and you know what they’re saying is false, you can’t let it go uncontradicted,” she said.

If reporters know, based on their reporting, that a politician has lied to them, then they should either not use the quote at all, or, “if you do use it, to show the rhetoric that’s coming from one side, then you must follow up right behind that quote with words of your own to point out why that is false.”

That should be “the easiest thing in the world,” Calmes said.

And if reporters don’t do it, for whatever reason, “it’s ultimately the editor’s responsibility.”

Calmes said newsrooms have “come a long way” in the last four years in terms of their willingness to write that Donald Trump is lying.  “I never used ‘lie’ for 35 years in a story regarding politics,” she said. Trump’s lies are so egregious that it was “easily justifiable.”

But she noted that the new boldness has not extended to coverage of other party leaders who engage in deception, most notably Senate Minority Leader Mitch McConnell and House Minority Leader Kevin McCarthy.

“I think, given the state of our politics, I think reporters can be more blunt and more pointed than I was early in my career,” she said.

Calmes said she enforced that rule as White House editor for the Los Angeles Times during the Trump presidency. “What I told my reporters — even if I had to insert it into their stories myself — was to have a nut graph that provides the context and the perspective,” she said. Those nut graphs, she said, often consisted of  “a few sentences of context that this isn’t on the level.”

The debt limit fight in Congress, she said, is a good example of where such context is essential. “The stories have to high up make plain that Republicans are mischaracterizing what the debt limit is about,” she said. “You just have to say immediately that they’re standing in opposition to an easy, bipartisan lifting of the debt limit despite their party’s responsibility for much of that debt. And if that’s not in the first three paragraphs of your story, then you haven’t done your job.”

Who Is Jackie Calmes?

Calmes has covered Washington since 1984 for Congressional Quarterly, the Wall Street Journal, and the New York Times. She was White House editor at the LA Times for four years, until the paper’s new Washington bureau chief, Kimbriell Kelly, bizarrely wrote her up for “insubordination” about overtime hours. Reporters jumped to Calmes’s defense, but that’s when she shifted over to writing an opinion column.

As a reporter, Calmes herself was not a major offender when it came to engaging in false equivalence.

Notably, when Norm Ornstein and Thomas Mann – legendary sources of conventional wisdom — complained to me in 2012 that political journalists afraid of taking sides had utterly failed to convey the extremism of the Republican Party, they cited only two reporters brave enough to call it like they saw it: Calmes and David Rogers of Politico.

As she wrote in her first LA Times column in June:

The radicalization of the Republican Party has been the biggest story of my career. I’ve been watching it from the start, from the time I arrived in then-Democratic Texas just out of college in 1978 to my years as a reporter in Washington through four revolutions — Ronald Reagan’s, Newt Gingrich’s, the tea party’s and Donald Trump’s — each of which took the party further right.

Calmes’s reporting was not “anti-Republican,” she said. “My argument going back to Gingrich was that I was pro having two healthy political parties.”

What she witnessed instead was that the GOP radicalized its base and gave license to their racism and grievances. Then, to get reelected, they had to appeal to the base – effectively letting the base call the shots.

“It would have been in the Republican Party’s own long-term interests if they had not allowed this cancer to take root,” she said.

As for Trump, she said: “I can’t believe people didn’t see this coming. Trump was just the culmination of something that had been taking root since the Gingrich years.”

At this point, she said, “The Republican Party is an anti-democratic, authoritarian-led party, and if our reporting doesn’t reflect that, it’s not true. It’s not giving the readers a true picture.”

Where Does Bothsidesism Comes From?

So why do reporters fail to refute obvious lies?  Why do they default to false equivalence? Calmes, unlike a lot of people opining on this, is in a position to answer.

“Part of is the fault of beat reporting,” Calmes said. “I know the pressures you’re under to maintain sources.”

And then some reporters are more interested in politics as a game and in appraising political strategy than they are in actual governance and correcting the record.

She cited coverage of McConnell as an example. “He gets friendlier coverage than he deserves,” she said. Among some reporters, she said, “there’s an admiration for what he’s been able to pull off. They feel like even if you disagree with him or think his methods are really bad and dangerous to the country, you still have to marvel at his success.”

In a fascinating aside, she said gender seems to play a role there. “I think it’s more true of guys than women reporters that they approach politics and government as a game, that they just admire someone who — even if they’re a jerk or even if they may deflate the football — gets away with it and wins a lot.”

And of course there’s pressure from editors and the overall newsroom culture.

Calmes worked at the Wall Street Journal for 18 years before moving to the New York Times, where over a period of eight years she served as White House correspondent and chief political correspondent.

“I felt more pressure of the bothsidesism sort coming from the New York Times than I did from the Wall Street Journal,” she said, “and I think that’s because the New York Times is sensitive to the fact that it is known to be a liberal paper, so it bends over backwards to give both sides their due.”

She described “timeworn” traditions at the Times, such as: “If you’re saying Republicans do something wrong you have to indicate that Democrats bear some blame too.”

“I think there is this sense at the New York Times that comes from a good place — it’s well intended — that they don’t want to be seen as biased,” she said. But executive editor Dean Baquet “should know better.”

The New York Times, she said, “needs to loosen up. Because there isn’t any one-hand-on-the-other hand anymore.”

But Maybe None of It Really Matters

As I have written many times, it’s impossible to say that political journalism has achieved its primary task: creating an informed electorate.

Calmes is not hopeful that will change even if the reputable media suddenly started doing a better job of informing its audiences.

“I despair that we can have much influence,” she said. “We can educate and inform people who are inclined to seek what I call balanced coverage, but more and more right-leaning people are going to sources that validate their prejudices. They’re not reading our coverage and even if they did they would reject it out of hand,” she said. 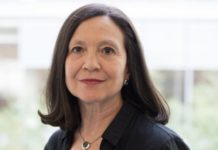 When facts have a liberal bias, New York Times editors can get squirmy 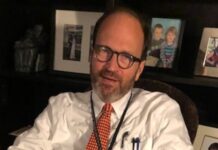