Reporters are making a mistake if they think the big takeaway from Monday’s January 6 committee hearing was that Donald Trump’s formerly sycophantic attorney general said his boss was “detached from reality.” (And they are.)

First, that’s not what Barr said. He raised it as a possibility. The excerpts the committee released showed him saying, of a post-election meeting with Trump:

I was somewhat demoralized because I thought, ‘Boy, if he really believes this stuff, he has, you know,  he has lost contact with, with uh — he’s become detached from reality, if he really believes this stuff’ …  On the other hand, when I went into this and would tell him how crazy some of the allegations were…  there was never an indication of interest in what the actual facts were.

Trump wasn’t detached from reality. He was uninterested in it. He was more interested in making his own reality.

Second, Bill Barr may sound incredibly earnest, but he’s got no credibility. He was Trump’s toady in office. Starting with his deceptive summary of the Mueller Report, he has snookered the DC media time and time and time again. He’d still vote for Trump.

And third, the whole point of the hearing was to conclusively prove that Trump had to be aware that he lost, because almost all of his most trusted advisers had told him so.  (“Apparently inebriated” Rudy Giuliani notwithstanding.) Some of the criminal charges Trump faces require proof of willfulness, and the committee is trying to increase pressure on the Department of Justice to indict him.

Suggesting that the big news is that maybe Trump was nuts – which is hardly news at all – muddles the question of criminal intent. It’s also a way to avoid telling the real story — which, as usual, the media whiffed on at the time, even though it was in plain view.

The real story is that Trump’s attempt to steal the election was planned. It was completely premeditated and obvious to anyone paying attention. (That would seem to me to solve the whole intent thing, by the way.)

In early 2020, Trump was already engaging in a deceitful campaign to demonize mail-in voting. Reporters called it out as bogus, but (as I wrote at the time) they missed or buried the obvious context: That disqualifying mail-in votes – either not allowing them to be cast, or not allowing them to be counted – was an essential part of their plan to win reelection without a majority.

New York Times reporters Reid J. Epstein, Nick Corasaniti and Annie Karni did raise that possibility at the time – although, typically, in paragraph 11 of their story, attributed to “some Democrats”:

His attacks continue a pattern of insinuations about voting fraud that cast doubt on the integrity of elections, which some Democrats worry are a prelude to potential efforts by Republicans to dispute the outcome in November if Mr. Trump loses.

But the corporate media never got sufficiently alarmed about the threat, even as Trump got more overt. Here’s what I wrote in September 2020, the day after the first debate between Trump and Joe Biden:

There was a lot written about Trump’s style: bellicose, hysterical, unstoppable, rule-breaking, trampling over anyone in his way.

And there was a lot written about the racist, anti-democratic substance: telling white supremacists to “stand by”; ordering his supporter to “go into the polls”; predicting a fraudulent election; screaming about “law and order.”

What the coverage failed to capture, however, was how the style and the substance relate.

Trump was both telling his base what to do and showing them how to act. He was telling them to be prepared to fight – and to break the rules. For him, and like him.

And seen together, there’s really only one word for what he was preaching: it’s fascism. It had nothing to do with winning an election, and everything to do with stealing it.

In the weeks before the election, as committee vice-chair Liz Cheney was right to remind us on Monday morning, there was no doubt that there would be an initial “red wave” on Election Night as day-of votes were counted, before the expected “blue wave” of mail-in ballots – ballots that, in some states, election officials were not allowed to count in a more timely manner.

It was pretty obvious to me what that foretold. Here’s what I wrote the week before the election, in a column headlined “Journalists need to be ready with prebuttals to Trump’s election-stealing mayhem”:

As it becomes blindingly obvious that Donald Trump is going to fight to throw out any ballot counted after midnight Nov. 3, it is ever more urgent that journalists be prepared to explain to the public why there’s no practical, legal or moral rationale for his demand.

An important first step in this prebuttal will be to get Republican and Democratic election officials – particularly in swing states — on the record that there is nothing risky or dangerous about counting every legally submitted ballot, even if it takes a few days.

Trump’s claims – that mail-in voting will be massively fraudulent, that votes not counted by Nov. 3 are somehow wildly more susceptible to cheating — are actually beyond even the Republican norms. They simply don’t make sense.

At this point, it’s doing Trump a huge favor to suggest that he didn’t know what was real and just couldn’t help himself. But that’s exactly what the New York Times and others are telling us. 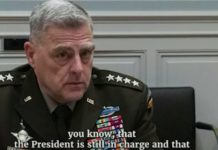 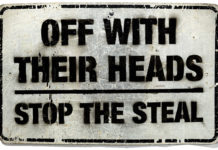