On his way out the door, Washington Post executive editor Marty Baron is conceding that he, the Post and other top journalists failed to sufficiently call out Donald Trump’s lies.

But the admission, in which Baron used the vague pronoun “we,” was grudging. There was no sign of remorse. Baron cast journalists as the victims of a president who exploited their “good principles.” And then he insisted that it didn’t really matter anyway.

To those of us hoping that the fall of Trump would herald massive updates and upgrades to the anachronistic political reporting algorithms that served the public so poorly during his rise and rule, it is certainly disappointing that the first admission of fault from a senior newsroom leader amounts to little more than a “whatever.”

But I guess it’s something. Baby steps.

Here is an excerpt from a new interview that Baron, who is stepping down later this month, conducted with the German newspaper Der Spiegel:

DER SPIEGEL: You were executive editor of the Washington Post for the entire time Donald Trump was in office. Did his lies get too much media attention?

Baron: He was president of the United States, the most powerful position in the world. He had a tremendous impact on what happened here in the U.S. and what was happening around the world. It was our obligation to cover that.

DER SPIEGEL: But in hindsight, what mistakes did journalists make in dealing with him?

Baron: We make mistakes all the time, regardless of who’s in office. We are a highly imperfect profession, like every profession.

DER SPIEGEL: We can confirm this.

Baron: Exactly. So, we have to be honest about that. We have to recognize that we have certain flaws. We’re making decisions in real time, we’re moving quickly, we don’t have time to sit back and think about a lot of the implications of what we do. We should do more of that. But things move at a very fast pace.

DER SPIEGEL: So, again, what were some of those mistakes?

Baron: We had to be much more forthright about Trump’s mendacity, his lies over the course of the administration. We needed to call them that from the very beginning. We were very much operating on good principle; and let’s be fair, he was president, he was duly elected. But he was exploiting that. He was exploiting our principles. That said, I don’t think it would have made any great difference.

DER SPIEGEL: Did you underestimate him?

Baron: People assumed that he had authoritarian instincts, but we needed to see actual hardcore evidence of it. We’re not in the business of just speculating about what he might do. We’re in the business of covering what he has done and what he’s contemplating doing. And for the longest time, we didn’t actually have hard evidence of these authoritarian instincts. Now we do. So, I don’t think that people underestimated him.

I don’t think Baron and the Washington Post were nearly as guilty as Dean Baquet and the New York Times when it came to normalizing Trump with a nearly constant stream of credulous, euphemistic coverage of his presidency, his lies, his corruption and his assault on core democratic values including pluralism and, well, democracy.

There’s a reason my Press Watch website has an entire vertical for the New York Times, but not for the Post.

But the Post nevertheless whiffed on Trump countless times.

Consider the Post’s crowning example of how it held Trump accountable: its Trump fact-checker database of 30,573 “false or misleading claims.” Note the absence of the world “lie.”

The euphemisms were intentional. Good luck finding the Post calling anything Trump said a lie until the last six months or so. Editors argue that the word lie should not be used because it presumes intent — but Trump’s intent was pretty damn clear. It wasn’t until about September of last year, when Trump started making noises about not respecting the election results, that the tone of the Post’s got what I would call realistic.

Indeed, despite the occasional bold article, Post coverage during the Trump era was often marked by ridiculous credulity, as when it cast Trump as a “supporting character” in the Ukraine inquiry. Post reporters failed to call out Trump’s racist and authoritarian rhetoric, waving it off as a strategic mistake — “self-sabotage,” they called it. Even when Trump engaged in pure gaslighting — such as by claiming he had “always” taken the coronavirus seriously — they could only bring themselves to murmur that “[m]uch of what Trump has said has been contradictory or false.”

The Post also continued to employ Dan Balz as its chief political correspondent, despite his entreaties — as recently as last September — for Trump to “turn around his candidacy” by demonstrating “discipline and focus” instead of “frittering away the advantages of incumbency.”

It’s nice to hear Baron now acknowledge that the Post should have been “much more forthright about Trump’s mendacity” from the beginning. But his excuse is preposterous: that it was the Post’s obligation to broadcast Trump’s lies and that journalistic “principles” precluded calling him a liar.

That’s reminiscent of former Post editor David Ignatius’ infamous line in 2004 about the media’s failure to challenge the George W. Bush administration’s case for war in Iraq: “In a sense, the media were victims of their own professionalism.”

But the victims in both cases were the public, not the media. In the current instance, media critics have been pointing out all along that it was habits, not “principles,” that Trump exploited — lazy, anachronistic habits formed in an era when presidents didn’t actively and constantly spread misinformation.

It was Baron’s stubbornness, willful blindness and fear of being perceived as taking sides — not journalistic principles — that Trump exploited. So shame on them all.

Baron’s suggestion that reporters lacked evidence of Trump’s authoritarian instincts is also laughable. The evidence was abundant to anyone paying attention. Certainly by the time Trump took office, news organizations should have been treating it like a national emergency. His rejection of the laws and institutions and norms that constrained him was playing out in real time.

Had Baron listened to Muslims cut off from their families or, later on, parents separated from their children at the border, he would have had more than enough of the evidence he claimed to lack.

The most absurd part of the interview was Baron’s claim that calling out Trump’s lies wouldn’t “have made any great difference.” Elsewhere in the interview, he spoke of his hopelessness about reaching conspiracy theorists (a good reason for his retirement right there). He said it doesn’t really matter what the Post does “because we are not reinforcing people’s preexisting view of the world. And if we don’t do that, then they see us as the enemy, as liars, as paid agents of their opponents. It’s very difficult to shake people of conspiracy thinking.”

But did Baron even try? No. He stuck to the old ways of doing things, even though he knew they didn’t work.

My view on this is clear. Namby-pamby political journalism isn’t going to reach the truth-deniers. “Objective” political reporting as practiced in newsrooms like the Post has failed. The role of the free press in the world’s leading democracy is not to sit by and watch as authoritarianism takes root, or as the very notion of truth is undermined. It’s to actively promote democratic values, remind people of the importance of constitutional checks and balances, support human rights, and advocate for a government that is responsive to the people’s needs. Most important, it’s to crusade for reality.

Going forward, as I argued in a recent piece about what Baron’s successor should tell his political team, the Post should not only call out lies — enthusiastically — but pursue consequences for lying. Because in a world with no consequences for lying, fact-based journalism has little value.

Baron famously said in 2017, “We’re not at war with the administration, we’re at work.” But he should have gone to war — against disinformation and right-wing propaganda, against incipient authoritarianism and against white supremacy.

If he had, it would have had a huge impact, not just among Washington Post readers but well beyond. I don’t think there’s any doubt that other publications would have been emboldened as well. That could have influenced the entire national debate. It could have changed everything. How can Marty Baron believe otherwise? 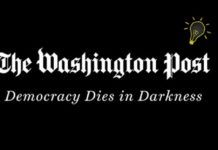 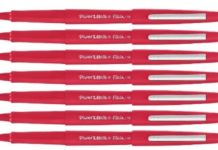