Yes, mainstream political reporters are getting a bit more direct about Donald Trump’s failings and failures.

But the basic structure of the coverage of the upcoming presidential campaign remains the same as always, as if the American public were going to be facing two rational choices come November.

And that’s just not the case. Re-electing Trump would be an act of collective national insanity, and just about every journalist inside the Beltway knows it. Trump is a dangerous authoritarian and wildly unfit for office in almost every way, and every day provides more evidence.  (On Sunday, for instance, we saw his gleeful sadism on display.)

There’s also no reason to think that he has a reasonable chance of winning. Despite CNN videos of his braying fans at political rallies and New York Times interviews with diehard supporters in red-state diners, there’s just aren’t very many of them anymore.

The American public knows better this time. Inevitably, many of the people who voted for Trump in 2016 feel burned or embarrassed. People who thought it was a rational decision to sit the last one out don’t feel that way anymore. That leaves a core of overwhelmingly white Christian nationalists whose enthusiasm can’t overcome the raw power of demographics.

Trump uncorked vile strains of racism, intolerance and cruelty among certain Americans, but there’s no evidence that he expanded their number.

There’s a reason Trump almost never ventures out beyond his protective bubble of sycophancy, and it’s because

A stadium of Americans in matching red baseball caps, all watching Trump — all booing and screaming "Lock Him Up!"

But the Washington press corps has deeply ingrained compulsions not to do anything that could be criticized as taking sides. That means finding symmetry and a suspenseful contest even where none exists. In this case, that translates to giving Trump a fair hearing and making it sound like he’s got a good shot.

The mainstream media’s normalization of an abnormal election is, unfortunately, very much in keeping with its normalization of Trump’s entire presidency. Ever since Election Day 2016, reporters and editors at elite newsrooms have been trying desperately to fit what Trump does into their existing model for how to cover a presidency.

When he says something, even when he’s acting crazy or inciting racism, he is diligently quoted at length. They clean up his incoherence. Essential context is buried, ascribed to “critics” or goes missing entirely. Observations about his conduct that should be in the headline are relegated to euphemisms, in passing.

But with Trump, fairness is a trap, as the Atlantic’s esteemed national correspondent James Fallows wrote in September.

The problem with Trump is that he is not like anyone else who has ever held the presidency. He lies with abandon; he uses public office for private gain on a scale never before witnessed; and he seems to have no respect for, or even interest in, the institutions of self-government to which all of his predecessors have at least paid lip service.

Thus any of the “normal” procedural rules, applied to such an abnormal figure, can lead to destructive results. To be “fair” in covering him is to be unfair — to the truth, to history, to the readers, to the national interest, to any concept of journalistic purpose.

So what does appropriately unfair coverage of the 2020 presidential campaign look like?

The right storyline isn’t even that a widely hated and failing president is running for re-election and has little to no chance of winning — although that’s all true.

The right storyline is that this is a crisis, caused by a terrible error, and it has to be fixed.

The editorial boards get it. Here’s the Los Angeles Times:

The time has come to undo the great mistake of 2016 and drive Trump out of office at the ballot box. It is time to pull our country out of the illiberal abyss into which it is sinking and put it on a path toward reason and fairness and empathy and constructive engagement with the world.

The Washington press corps needs to find ways to communicate the profound asymmetry of the upcoming election that are, at the same time, palatable to its battered self-image.

One small step would be to give more voice to the majority of American voters who desperately want Trump out.

If reporters can’t bring themselves to say it themselves, they can at least quote lots of reasonable experts discussing why re-electing Trump would be insane. (They could also look at who doesn’t think it would be insane. I’m thinking they’d find Republican elected officials and racists, mostly.)

I don’t pretend to have all the answers myself. But I do think that a bunch of smart people could, collectively, come up with some good suggestions.

That, in a nutshell, is why I’m launching Press Watch today — to encourage more responsible, informed and informative campaign and government coverage, ideally well before we get to next November.

There are a number of excellent press critics already expressing their views in newspaper and magazine columns, blog posts and social media. But the critique is too diffuse. There should be more of them, and from a more diverse population.

When New York Times publisher Arthur Sulzberger Jr. abolished the paper’s public editor position in 2017, he wrote that “our followers on social media and our readers across the internet have come together to collectively serve as a modern watchdog, more vigilant and forceful than one person could ever be.”

But social media doesn’t do “collectively.” So Press Watch will give it a try.

This is made easier by the fact that over the past several years, a considerable number of expert groups, commissions, panels and individuals have voiced elements of what, writ large, amounts to a coherent and consistent critique of the current practice of political journalism at our major news outlets.

I’ve written primers over at PressWatchers.org about some of the consistent critiques: Too many reporters and publications cover elections like horse races and routinely engage in false equivalence. They insufficiently rebut lies, fail to properly contextualize the news, and remain overly susceptible to spectacle and conflict, which allows them to get played, often by sources to whom they improperly grant anonymity. They’re too timid to speak the truth or stand up for their core values, too homogeneous to grasp the extent of racism in this country, and overly addicted to anachronistic political labels and simplistic voter interviews. And they need to start thinking now about how to fix things when Trump is finally gone.

Political reporters are notoriously thin-skinned and uninterested in constructive criticism from the public. The constituencies they care about the most are their editors, their colleagues and their sources.

But what if we could make that criticism relentless and hard to ignore? And what if we could combine that with pointing out best practices and suggesting plausible, repeatable models of how they could do their jobs better without more work or risk?

I think that’s worth a shot. So stay tuned. Tell me whose critiques you’d like to hear. Share yours. Critique me. Read me regularly here on Salon, or at PressWatchers.org, where you can also sign up for my newsletter and make a donation to keep this going. 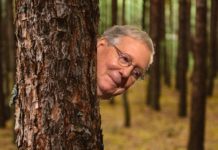 What does the Republican Party stand for besides ‘let’s go Brandon’? 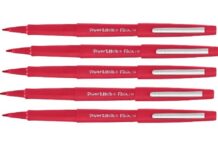 Handicapping the midterm elections? Let me rewrite that for you.